Max Ehrich is an American actor, singer, and dancer. He is best known for his roles as Fenmore Baldwin in The Young and the Restless, Hunter May in Under the Dome, and Freddie Ridge in The Path. He also starred in a recurring role in American Princess. He played the role of Tate in Walk. Ride. 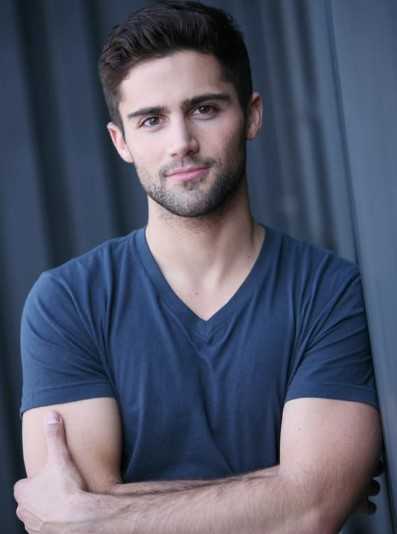 Max Ehrich is an American actor, who is best known for his role as Fenmore Baldwin in the daytime soap opera, “The Young and the Restless”. Ehrich is also known for his TV roles on “Ugly Betty”, “Parenthood”, “Under the Dome”, “100 Things to Do Before High School” and “iCarly”. His current appearance was in the television series, “American Princess”. Ehrich was also nominated twice for “The Pregnancy Pact” and “Parenthood”. Besides, he is also a singer and a dancer.

What is Max Ehrich Famous for?

Where was Max Ehrich Born?

Max Ehrich was born on June 24, 1991, in Marlboro, New Jersey, United States. His birth name is Max Ehrich. His nationality is American. Ehrich belongs to the White ethnicity while Cancer is his zodiac sign.

Ehrich was born as the youngest child of the family to Bruce Ehrich(father) and Rhonda Green(mother). He grew up alongside his brother, Matthew. His brother works as an investment banker.

Max attended Marlboro Middle School, where his mother was a teacher. He also got trained at the local dance school, “Dance Attitudes”, in New Jersey at the same time when he was in his school. After completing his sophomore year, he joined Marlboro High School and later on went on to attend “Performing Arts School” in Manhattan, New York, from where he turned to be a professional dancer.

Max decided to pursue his career in acting and thus left education after completing a high school diploma.

Who is Max Ehrich Dating?

Max Ehrich is currently dating Demi Lovato. Lovato is a popular singer. They have been dating for a few months now. The couple has been exchanging romantic texts and comments on each others’ social media sites, especially Instagram.

Previously, he dated Sommer Ray. Ray is an American Youtuber and model. They began dating in August 2017 and are comfortable enough to share posts about each other on social media sites. They made their first public appearance at the premiere of Happy Death Day at Universal Studios in October 2017. The couple is likely to appear in Max’s upcoming music video titled “Can’t Forget Her Now”.

Previously, Ehrich dated several other beautiful ladies. In 2009, he was in a relationship with Jemma Mckenzie Brown with whom he met on the set of “High School Musical 3”. They dated for 2 years and broke up in 2011.

Max was also in a relationship with Veronica Louise Dunne. They met for the first time at a red-carpet event and they eventually bonded over their love for music and started dating in June 2014.

Dating for over 3 years, Max and Veronica got broke up and Max deleted all pictures with Veronica from his official Instagram account. In 2017, he was spotted with actress, Bella Throne.

He was also linked with Modern Family star, Sarah Hyland around 2007. Sarah is also credited as the one who convinced him to get an agent for his roles in “Ugly Betty” and “High School Musical 3”. Besides, he also dated Jennette McCurdy and Miranda Cosgrove.

What is the Net Worth of Max Ehrich?

The 28 years old Max Ehrich has quite a great earning throughout his professional career as an actor. Being in the acting field for more than a decade, he has managed to amass a fortune worth million dollars through his several television roles and films. His estimated net worth is around $2 million.

How Tall is Max Ehrich?

Max Ehrich is a White handsome man in his late 20s. Ehrich has a fair complexion with black hair and dark brown eyes. He has a well maintained athletic body physique. He stands tall with a height of 5ft. 6inch.(1.7m) while his body weighs around 60kg(132 lbs).

Our contents are created by fans, if you have any problems of Max Ehrich Net Worth, Salary, Relationship Status, Married Date, Age, Height, Ethnicity, Nationality, Weight, mail us at [email protected]