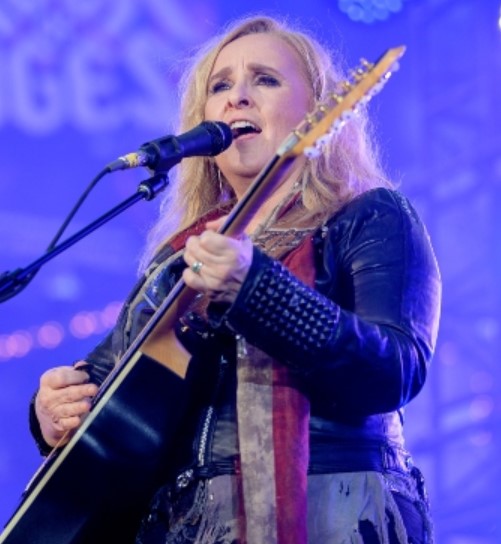 Grammy Award-winning cancer survivor Melissa Lou Etheridge, popularly known as Melissa Etheridge is an American singer, songwriter, guitarist, and activist. She rose to prominence after she released her self-titled debut album, Melissa Etheridge in 1988. She garnered mainstream breakthrough in 1993 following the release of her album, Yes I Am. She has released 14 studio albums and 2 compilation albums. She has won two Grammys and one Academy Award for her contribution to the music industry. She battled with breast cancer in 2004.

She has over 92.3k followers on her Instagram @melissa_Etheridge.

Etheridge announced on 13 May 2020 that her son Beckett died due to the causes related to opioid addiction. Her son died at the age of only 21. She wrote on Instagram “Today I joined the hundreds of thousands of families who have lost loved ones to opioid addiction. My son Beckett, who was just 21, struggled to overcome his addiction and finally succumbed to it today. He will be missed by those who loved him, his family, and friends. My heart is broken. I am grateful for those who have reached out with condolences and I fell their love and sincere grief.

We struggle with what else we could have done to save, and in the end we know he is out of the pain now.

I will sing again, soon. It has always healed me.”

What is Melissa Etheridge Famous For?

Where is Melissa Etheridge From?

Melissa Etheridge was born on 29 May 1961. Her birth name is Melissa Lou Etheridge. Her birth place is in Leavenworth, Kansas in the United States. She holds an American nationality. She was born to a father, John Etheridge, and a mother, Elizabeth Williamson. She has a sister. She belongs to White ethnicity. Her horoscope is Gemini. Her father died in 1991. She started playing guitar when she was young.

Regarding her educational background, she is a Leavenworth High School graduate. Following high school, she attended Berklee College of Music. She had already begun to play with several local groups in clubs. However, she did not complete her college. She dropped out of Berklee to move to Los Angeles to pursue a career in music.

Melissa Etheridge has released 14 studio albums and 2 compilation albums. They are

What is Melissa Etheridge Honors?

Who is Melissa Etheridge Married to?

Melissa Etheridge’s sexual orientation is lesbian. She came out as a lesbian in January 1993 at a gay celebration of President Bill Clinton’s first inauguration, the Triangle Ball. She has been a gay rights activist.

She had a long-term relationship with filmmaker Julie Cypher. While together, Cypher gave birth to two children, Bailey Jean and Beckett. She became pregnant via artificial insemination using sperm donated by musician David Crosby. The couple separated in 2000.

Etheridge then dated actress Tammy Lynn Michaels. They started dating in 2002. They had a commitment ceremony on 20 September 2003. Michaels gave birth to twins on 17 October 2006. She had conceived via an anonymous sperm donor. The couple separated in 2010.

She then dated Linda Wallem. The couple got married on 31 May 2014.

How Tall is Melissa Etheridge?

She has dark brown eyes and her hair color is blonde.

How much is Melissa Etheridge Worth?

Melissa Etheridge earns from a music career. She has been active in the music industry since the early 1980s. She has already released 14 studio albums. Her major income comes from record sales, concerts, tours, and endorsements. Her net worth is estimated at $25 million.

Our contents are created by fans, if you have any problems of Melissa Etheridge Net Worth, Salary, Relationship Status, Married Date, Age, Height, Ethnicity, Nationality, Weight, mail us at [email protected]