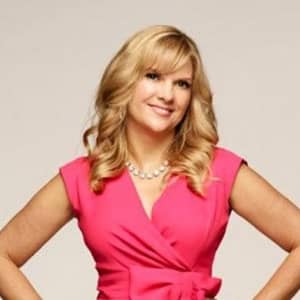 Melissa Gisoni is a beautiful and multi-talented TV personality from America. She is well famous for starring at the series Dance Moms as the mother of Maddie and Mackenzie Zieger. Melissa made her impression in season one of the dance show and continued for six seasons. Later she called it a quit to give her children an opportunity to diversify their careers.

Where is Melissa Gisoni from?

Melissa Gisoni was born on 13th June 1968, in New York, USA. She is of American nationality, is currently 52 years old, and part of the mixed ethnicity with Polish, German, and Italian descent.

Talking about her family, Melissa is yet to reveal her parent’s details, however, she has two daughters who are part of the TV reality show, Dance Moms. She is living her happy married life with her husband, Greg Gibson, who is the vice president of Westinghouse Energy Center.

What is the educational background of Melissa Gisoni?

Academically, she has never mentioned attending college. However, she has successfully completed her primary and secondary high school degree from her town’s local school.

How did Melissa Gisoni rise to stardom?

Melissa Gisoni lived quite a normal life until she was persuaded to take a part in the reality show, ‘Dance Moms‘ long with her two daughters. In fact, they were even the original cast members of the show when it was originally called ‘Just Dance’. It must be quite a surprise to hear that she was unaware that what she had joined was a reality show which would be aired on television. Later, the show was renamed to become ‘Dance Moms‘, with Abby entering the scene.

Her daughters initially studied dance at Miller’s studio through Reign Dance Productions from the early ages of four and two respectively. They appeared in almost six seasons of ‘Dance Moms’ with their mother from 2011 to 2016. As the show followed the progress of the children, Melissa Gisoni gained popularity as an understanding mother as well. She was even called ‘second mom’ by children at Abby’s studio that teaches young dancers.

According to Melissa, they exited the show after six seasons as it became too repetitive. She felt like the show prevented the children from pursuing other opportunities. Furthermore, Melissa started her own dance studio in her house and employed a dance instructor to continue with the dance classes of the girls.

How tall is Melissa?

The 51-year-old mother and dancer stands tall with a height of 5 feet 4 inches and weighs about 58 kgs. Even as a mother of two kids, she has kept her figure well maintained. However, there are no details about her other measurements such as chest-waist-hip size, shoe size, and dress size. Likewise, she has blonde hair and a pair of dark brown eyes.

What is the net worth of Melissa Gisoni?

Before Melissa found her stardom, she worked for the company Westinghouse Electric Company with her ex-husband, Kurt Ziegler. According to several media sites, they earned a joined normal month to month wage of $4,480.06. Melissa’s little daughter,

Referring to the personal life of Melissa, she is currently living a happy married life with her Italian-American husband, Greg Gisoni. The couple made their marriage vow on 19th July 2013, and they are going through a savoring minute with their kids. Likewise, she has a stepson, Mathew, and a stepdaughter, Michele from Greg’s previous marriage.

Moreover, Melissa had been married in the past as well. She already had tied the knot to Kurt Ziegler in 2000. After being together for over 8 long years, the ex-couple called it a split with divorce on 7th December 2010. After the separation, Melissa won lawful guardianship of her little children with her then-beau Greg.

Our contents are created by fans, if you have any problems of Melissa Gisoni Net Worth, Salary, Relationship Status, Married Date, Age, Height, Ethnicity, Nationality, Weight, mail us at [email protected]