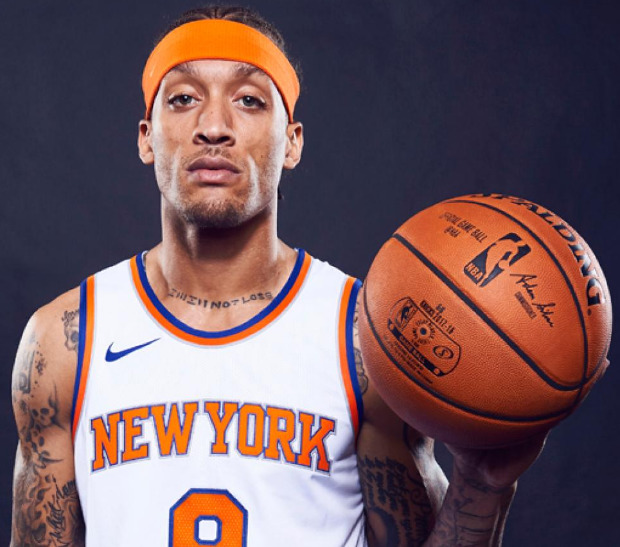 One of the popular American professional Basketball Players, Michael Paul Beasley is famously known as Michael Beasley who played for New York Knicks. He is a well-known celebrity. He is famous for his contribution to professional life. He is best at the position of Power Forward/Small Forward. He had played for Miami Heat, Phoenix Suns, Houston Rockets, Shanghai Sharks, and many more teams. His Shirt number is 8. He is one of the brilliant and talented basketball players.

Passionate and enthusiastic player, Michael Beasley was born on 9th January 1989. He was born and raised in Cheverly, Maryland city of America. He is the son of Michael Beasley Sr. and Fatima Smith, his parents. His nationality is English. His horoscope sign is Capricorn.

Talking about his body, his height is 2.06 m. His weight is 107 Kg. He has a balanced body with good health.

He signed an agreement with Miami Heat on July 2nd, 2008. He made his debut for this team on July 7 by scoring 28 points.

After playing in the Miami Heat, he shifted to Minnesota Timberwolves for 2011 and 2014 on July 12, 2010. While playing the 2011-2012 seasons, he got his foot sprained against Cleveland Cavaliers. It was on January 6, 2012. After the recovery, he made this team victory against Houstom Rockets with total points of 34.

In 2013, again he signed with Miami Heat and made this team to the finals in the year 2014 where this team lost the match

Later, he signed to Shanghai Sharks on a one-year agreement deal.

He signed with Shandong Golden Stars in September 2015 for the 2015-2016 Seasons and made his debut by scoring 48 points.

After playing in Golden Stars, he then signed with Houston Rockets in 2016 and made a debut by 18 points.

He was then transferred to Milwaukee Bucks in 2016 in replace of Tyler Ennis. Due to his foot injury, he missed his 5 games in December 2016. Later in the first month of January, he made his new score with high points i.e 28 and made victory to this team against San Antonio Spurs.

Michael signed an agreement with New York Knicks. It was on August 8th, 2017. In the December of the same year, he along with his teammate made victory over Boston Celtics with a score of 102-93. He recorded 26 points and 12 rebounds against Chicago Bulls on 10th January 2018 in a 122-119 score which makes the team lose. Again on March 31st, the team lost the match to Detroit Pistons with a score of 115-109.

Michael is a married man. He also has a beautiful daughter named Mikaiya, born in May 2009, and a handsome son Michael III, born in November 2010.

Our contents are created by fans, if you have any problems of Michael Beasley Net Worth, Salary, Relationship Status, Married Date, Age, Height, Ethnicity, Nationality, Weight, mail us at [email protected]