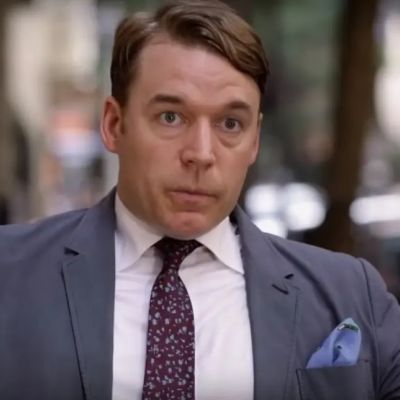 Michael Jessen is an American businessman and entrepreneur. He is a multi-millionaire wine investor. He is best known for his appearance along with his Brazilian model wife, Juliana Custodio in the American reality tv series, 90 Day Fiance. Through the series, he is married to Juliana Custodio. The show chronicles the couples who have applied for or received a K-1 visa. The couple got married in October 2019.

What is Michael Jessen Famous For?

Where was Michael Jessen Born?

Michael Jessen is a married man. He is married to Brazilian model Juliana Custodia. They first met at a yacht party in Croatia. They fell in love and Juliana applied for a tourist visa to come to the United States. Her tourist visa was rejected. And Michael applied for her K1 Visa. The couple featured on 90 Day Fiance and they later got married on 12 October 2019. Michael financially helps Juliana in her modeling career pursuit.

Michael Jessen is a multi-millionaire wine investor. He makes quite a money from his wine business. No doubt, he lives a lavish lifestyle. He also owns expensive cars.  Besides his business, he is also a television personality and has appeared in the TLC reality series, 90 Days Fiance with his wife, Juliana Custodio. His net worth details are not available at present.

Our contents are created by fans, if you have any problems of Michael Jessen Net Worth, Salary, Relationship Status, Married Date, Age, Height, Ethnicity, Nationality, Weight, mail us at [email protected]