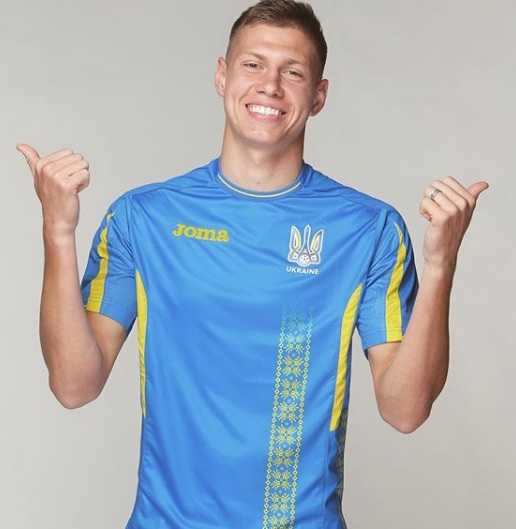 Mykola Oleksandrovych Matviyenko, professionally known as Mykola Matviyenko is a Ukrainian professional football player. He plays as a defender. He currently plays for the Ukrainian Premier League club, Shakhtar Donetsk. He started his youth career from Shakhtar Donetsk in 2009. He played for Ukrainian clubs, Karpaty Lviv, and Vorskla Poltava, on loans in 2017.

He has over 26.6k followers on his instgaram.

What is Mykola Matviyenko Famous For?

Where was Mykola Matviyenko Born?

Mykola Matviyenko was born on 2 May 1996. His birth name is Mykola Oleksandrovych Matviyenko. His birth place is in Saky in Ukraine. He holds Ukrainian nationality.

He has an older brother, Dmytro Matviyenko.

Matviyenko joined the youth academy of Shakhtar in 2009.

In 2013, he signed his first contract with the club.

He then played 3 years for the club’s youth team in the Ukrainian Premier League Reserves Championship.

He made his Ukrainian Premier League debut against FC Chornomorets Odesa in October 2015.

Shakhtar loaned him to Karpaty Lviv in 2017, where he made 14 appearances.

Upon his return from Lviv, he was once again loaned to Vorskla Poltava in the same year.

He made 16 appearances for the club and returned to his parent club.

He was part of the Shakhtar Donetsk team that won consecutive Ukrainian Premier League titles 2017-18 and 2018-19.

He made his senior international debut in 2017.

Though young, he has already earned 20 caps for the senior international team.

Who is Mykola Matviyenko Dating?

Mykola Matviyeko is a married man. He is married to Anna. The couple tied a knot to each other on 3 March 2019. The couple has a child together. More detail information about his personal life will be updated soon.

How tall is Mykola Matviyenko?

Mykola Matviyenko was born on 1.82 m i.e. 6 feet tall. He has an athletic body build. He has a body weight of 74 kg. He has brown eyes and his hair color is dark brown.

What is Mykola Matviyenko Net Worth?

Mykola Matviyenko earns from his professional football career. His income comes from contracts, salary, and endorsements. He is an aspiring Ukrainian defender. His talent will surely be noticed by big clubs that will offer him lucrative deals in the coming future. His salary and net worth will be updated soon.

Our contents are created by fans, if you have any problems of Mykola Matviyenko Net Worth, Salary, Relationship Status, Married Date, Age, Height, Ethnicity, Nationality, Weight, mail us at [email protected]