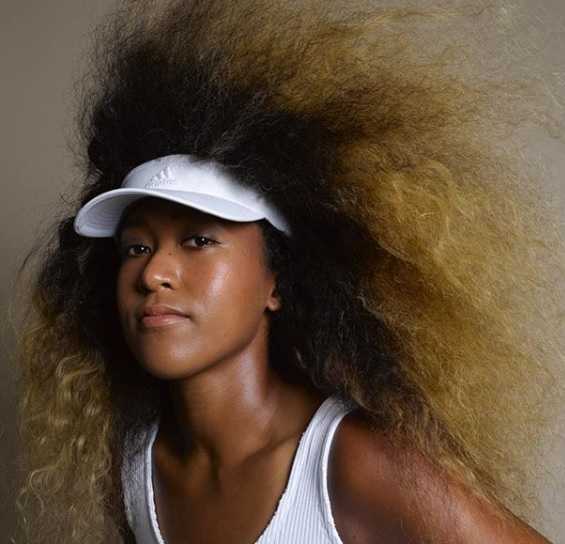 Naomi Osaka is a Japanese professional tennis player. Currently, Osaka reached No. 1 on the Women’s Tennis Association (WTA) ranking in the world in 2019 and is the reigning US Open Champion in women’s singles. Earlier, she had reached World No. 17 on July 23, 2018. It was her best singles ranking so far in her tennis career until she won her first Grand slam US Open 2018 defeating former World No. 1 Serena Williams. With this, Osaka also became the first Japanese player ever to win a Grand Slam singles tournament. She reached world No.1 in January 2019 after she won the 2019 Australian Open. She won her second US Open singles title in September 2020. Osaka is an aggressive, offensive baseliner. She likes to attack with her big forehand and is able to hit winners off both sides. Osaka’s serve is consistent and very strong up to 125 miles per hour. Osaka plays with the Yonex EZONE 98 racquet. Her strings are Yonex POLYTOUR PRO 125 ad REXIS 130. At present, Osaka lives in Fort Lauderdale, Florida, United States.

The 21-years old 4th seed, Naomi Osaka starts the new year 2019 on a good note as she has secured a place in the final of the Australian Open, her 2nd consecutive Grand Slam Final. She will meet the 8th seed Petra Kvitova of the Czech Republic at Rod Laver Arena on 26th January 2019.

The defending US Open Champion, Naomi Osaka defeated Magda Linette and Tamara Zidansek to reach the third round. She then defeated Hsieh Su-Wei in the third round and Anastasija Sevastova in the fourth round to make her first quarterfinal in Melbourne. In the quarterfinal, she defeated the sixth-seeded Elina Svitolina and advanced to the semi-final against Karolina Pliskova. She defeated 7th seed, Karolina, making her first-ever final in Melbourne.

Naomi Osaka became the first Japanese tennis player to win a major tennis tournament. She defeated former world No. 1 Serena Williams in straight sets to claim the 2018 US Open trophy. Surprisingly, Naomi respects Serena as her idol and wanted to play Serena in the Final.  Osaka defeated Lesia Tsurenko in the quarterfinal and Madison Keys in the semifinal to reach the Grand Slam final.

Osaka was born to a Japanese mother, Tamaki Osaka, and a Haitian father, Leonard Francois on October 16, 1997, in Chuo-ku, Osaka, Japan. Osaka’s mother and father met each other at New York University, United States. Later they got married. At the age of three, Osaka and her family moved to America. Osaka’s older sister Mari is also a professional tennis player. Osaka and Mari have played together in double-tennis. Osaka graduated from Elmont Alden Terrace Primary and Broward Virtual High School. In her early days, Osaka used to train tennis at Harold Solomon Institute (Florida Tennis SBT Academy), and ProWorld Tennis Academy.

Naomi Osaka is unmarried but not single. She is in a relationship with American rapper, Cordae. It is not clear when they started dating but the two are in a serious relationship. She has been able to maintain her professional as well as love life well. More details about their affair will be updated accordingly.

Naomi Osaka earns playing professional tennis. She is one of the rising tennis players in the world. She earns a handsome amount of money through prize money, bonuses, contracts, sponsorships, businesses, and promotion. She achieved quite a success in 2018. She is one of the top paid women athletes in the world. She reportedly earned around $15 million through endorsements in 2018. Osaka has made over $17 million in career earnings from participating in competitions to date. The net worth of Naomi Osaka is estimated at $37 million in 2019.

Our contents are created by fans, if you have any problems of Naomi Osaka Net Worth, Salary, Relationship Status, Married Date, Age, Height, Ethnicity, Nationality, Weight, mail us at [email protected]