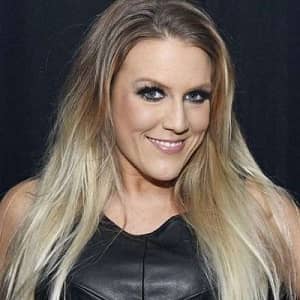 Where was Natalie Horler born?

Natalie Horler came to this world on September 23, 1981, in Bonn, North Rhine-Westphalia, West Germany. She is German by nationality and is currently 38 years old. Talking about her family, she was born to father David Horler, and mother Christine. Her father was a jazz musician whereas her mother is a foreign language teacher. In the year 1980, her family shifted to West Germany from England.

Moreover, she grew up along with her two siblings Svetlana Horler and Olga Horler. As a young child, she began singing jazz songs in her father’s studio as well as songs from Disney films. Similarly, she can speak both German and English fluently but she hasn’t mentioned her ethnic background.

How is the professional life of Natalie?

Natalie Horler initiated her singing by singing in bars and casinos. Natalie was just 18 when she began to work with different DJs and recorded several tracks. Before she made it to Cascada, her most famous song is “Piece of Heaven” as Akira. Furthermore, she has also appeared on the German adaptation of Star Search in the year 2004.

As the young girl was moving up in the world of music, she created a group along with DJ Manian and Yanou and began touring with her dancers Essa and Falk. The group was formerly named, “Cascade” but was soon changed to Cascada due to legal issues. On 21 February 2006, the group released its first 14-track album titled “Every time We Touch” in the United States. It was even the most successful song in the U.S as it peaked at #10 on the US Hot 100.

Following the success of their first album, they released other big hits such as “Bad Boy”, “Miracle”, “Evacuate the Dancefloor”, and covers such as “Truly Madly Deeply” and “What Hurts the Most”. Similarly, the band released its second album, Perfect Day on 3 December 2007, and its third album Evacuate the Dancefloor in the United Kingdom in July 2009.

Along with her musical career, Natie has also worked as a television presenter on several platforms. She made her debut into television as the guest host of the viewer request shows Back @ Ya on bpm: tv. Likewise, she also appeared on Live with Regis and Kelly to promote her album, Every time We Touch in 2006.

Who is Natalie Horler married to? Husband, Children

Referring to the love life of the star, Natalie Horler is a married woman. She married Moritz Raffelberg on 11 May 2011. Moritz is a banker by profession. According to several reports, the couple married privately in Italy and she even wore a dress which she had designed herself on the wedding day.

Likewise, the couple stated on 28 May 2015 that she was pregnant with the first child. However, she has not disclosed her daughter’s face and details in the social media world.

Moreover, there are no controversial acts and rumors connected to her personal as well as professional life. As of now, she has successfully maintained a pretty clean-cut image for her professional career.

What is the net worth of Natalie Horler?

Natalie is a singer and television presenter by profession. It must not be a surprise to learn about the fact that she has built a fortune out of her career. According to several media sites, she has reportedly made a $7 million fortune from Cascada Dance Trio, Siria, every time We Touch.  Furthermore, she is currently living a lavishing lifestyle through her good fortune made by her singing career. She has an estimated net worth of $7 million as of 2020.

Talking about her physical attribute, the 38-year-old star stands at a height of 5 feet 8 inches and weighs around 59 kilograms. Similarly, her Bra-size is 36D and has a pair of attractive blue eyes with blonde hair color. However, she has not mentioned her other body measurements such as chest-wast-hip size, shoe size, and dress size.

Socially, Natalie is quite socially active on media sites like Instagram, Twitter, etc. On Instagram, she goes by the username @cascada_official with more than 73k followers and is a verified user as well. Likewise, she has amassed more than 100.6k fan followers on Twitter at the time of writing this article.

Our contents are created by fans, if you have any problems of Natalie Horler Net Worth, Salary, Relationship Status, Married Date, Age, Height, Ethnicity, Nationality, Weight, mail us at [email protected]