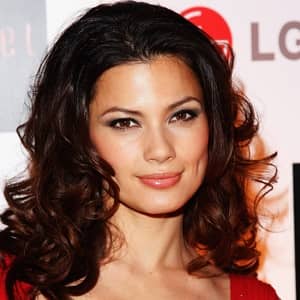 Natassia Malthe is a Norwegian actress and model. She is best known for appearing in a number of horror movies including ‘Bloodsuckers’ and ‘Dead and Deader.’ Malthe was one of the numerous women who accused Harvey Weinstein of sexual assault.

She is one of her parents’ two children and has a sister named Kristin. Her ethnicity is Norwegian and Malaysian.

How did Natassia Malthe pursue her career?

Natassia Malthe is a Norwegian actress and model famous for appearing in countless horror films. Malthe was interested in performing arts ever since she was a kid and took dancing and singing lessons. Malthe moved to London and studied musical theater before moving to Los Angeles to build a career in the entertainment industry.

Her acting journey had humble beginnings with guest roles in the series, ‘First Wave,’ ‘Dark Angel,’ and ‘Millennium.’ After a while, she got her film debut with a minor role in the psychological horror, ‘Disturbing Behavior’. Following this, she appeared in a number of horror movies like ‘Lake Placid’ and ‘Halloween: Resurrection.’

In 2005, she got her big breakthrough with the supporting role of ‘Typhoid’ in the ‘Elektra.’ Although she did try working in different genres, she was mostly limited to doing action/horror movies.

Natassia played key roles in TV horror films such as ‘Bloodsuckers’ and ‘Dead and Deader.’ Her latest works came in 2018 with ‘Battle Drone’ and ‘Alpha’.

How much does Natassia Malthe earn? Net Worth, Salary

There is no information about the exact salary of the gorgeous model. As of 2021, according to some sources, she has an estimated net worth of over $2 million. She has done well from her career as a model and actress.

What did Harvey Weinstein do to Natassia Malthe?

Malthe, unfortunately, was one of the many victims of the film producer, Harvey Weinstein. He exploited his influential position to commit sexual criminal acts including rape of numerous women.

According to Malthe, in 2008, Harvey barged into her London hotel room at night and raped her. Justice has been done and Weinstein is behind the bars now.

The gorgeous model stands at a height of 5 feet 5 inches and has a weight of around 55 kg. She has brown hair and a pair of hazel eyes. Her body measurements of breasts, waist, and hips are 33-23-35 inches.

Natassia Malthe is currently single and unmarried. She has stayed private with her relationships and there is very little information about her dating history. There is a possibility that she is married but has not revealed anything about her marriage. However, as of now, we have to assume that she is single. She does have a son who is about three years old as of 2021. However, she has not revealed the name of his father.

Previously, she has dated Junior Lima, Will Yun Lee, and Brian White. Moreover, there were rumors of her having affairs with Jared Leto and Sean Diddy Combs in the past.

Our contents are created by fans, if you have any problems of Natassia Malthe Net Worth, Salary, Relationship Status, Married Date, Age, Height, Ethnicity, Nationality, Weight, mail us at [email protected]