Linnethia Monique "NeNe" Leakes (/ˈniːni liːks/) (née Johnson; is an American television personality, actress, presenter, author, and fashion designer. ... Leakes made her Broadway debut as Madame in Rodgers & Hammerstein's Cinderella in 2014 and in 2015 starred as Matron "Mama" Morton in Chicago. 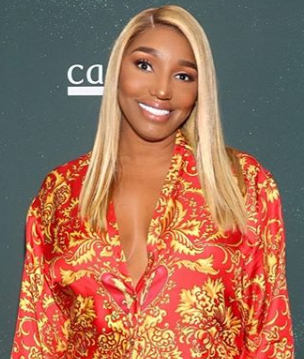 Linnethia Monique Johnson, better known as NeNe Leakes is an American reality television personality, actress, author, producer, and fashion designer. She is recognized for featuring in the reality TV series The Real Housewives of Atlanta as well as for playing the recurring role of Roz Washington in Fox’s sitcom Glee. She has also appeared as a series regular in NBC’s The New Normal. The multi-talented actress has also acted on the stage. Let’s know more about her through this article.

What is NeNe Leakes famous for?

Where is NeNe Leakes from?

Recalling her early life, NeNe was born in Queens, New York, USA to the Afro-American parent in the year 1967. Similarly, her nationality is American and belongs to the Afro-American ethnicity. She also has four siblings. The information regarding her parents is yet to be disclosed.

For education, She attended Clarke Central High School in Athens. Later, she decided to further her formal education at Morris Brown College in Atlanta for two years.

What does NeNe Leakes do?

Who is NeNe Leakes married to?

Reflecting on her personal life, Nene has always been in limelight due to her relationship status. Being married and divorced and married again to the ex-husband have made her life pretty dramatic. She had been working as a stripper when she met Gregg Leakes who is a real estate investor and business consultant. Before that, she was in a relationship that ended leaving her with a son Bryson Rashard Bryant to take care of.

Gregg and NeNe dated in 1996 and got married in 1997. Their relationship saw bad days and she filed for divorce in 2010 which was made official on September 29th, 2011. However, the couple reconciled and got engaged two years later in January 2013. They remarried on June 22th, 2013, at Atlanta’s Intercontinental Buckhead Hotel.

Gregg was diagnosed with Stage III Colon Cancer and this strained their relationship. Also, there have been cheating rumors about NeNe and she was reported flaunting her new beau openly around Maryland during July 2019. Earlier that June, through a series of tweets she had shared her concerns about her husband having a female friend and lengthy conversation between them. However, both NeNe and her husband have kept mum regarding the same.

What is NeNe Leakes’s net worth?

Being a reality TV personality and actress by profession, NeNe earns a decent amount of money and fame through her profession in the field of the entertainment industry. Based on some online reports, her estimated net worth said to be $14 million and her salary is somewhere around $1 million per episode. However, the details of her assets are yet to be disclosed.

How tall is NeNe Leakes?

Observing her body physics, NeNe has an impressive height of 5 feet 10 inches and weighs 67 Kg. She is currently size 12 and her body measurements are 39-32-41 inches. Further, She has dark brown hair but has died her hair blonde.

Our contents are created by fans, if you have any problems of NeNe Leakes Net Worth, Salary, Relationship Status, Married Date, Age, Height, Ethnicity, Nationality, Weight, mail us at [email protected]