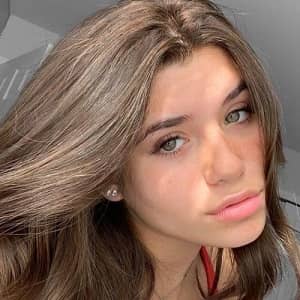 Nessa Barrett is an emerging TikTok star, Instagrammer, and a social media influencer. She gained her popularity from her Tik ok contents where she creates content regarding dance, lip-syncs videos, and vlogs. Her popularity has made its way outside the platform as well.

Where is Nessa Barrett from?

Nessa Barrett was born on August 6, 2002, in LA, California, United States. As of 2002, her age is 18. Currently, talking about her family information, there is no information disclosed to the media yet about her parents or siblings.

How did Nessa pursue her career?

Nessa Barrett launched her career in the year 2019. Barrett usually uploads content related to her dancing skills as well as comedy dialogue lip-syncs. Her first video was set to ‘Piano’ which is audio by @xavesaugust. Her TikTok account has grown up to 7.2 million followers. Nessa is also a fashion blogger.

Nessa is also a part of “TalentXent.com” which is a talent management agency that helps to grow an individual’s social media posts and followers. Furthermore, Nessa also has her self-entitled Youtube channel carrying over 268k subscribers with only a single video uploaded to date which is a simple QnA video.

What is the net worth of Nessa Barrett?

The estimated net worth of Nessa Barrett is to be around $200k USD as of the year 2020. However, her exact income from being a successful social media influencer is yet to be revealed to the media.

How tall is Nessa Barrett?

Nessa stands at a height of 5′ 3″ and weighs about 52 kilograms. Similarly, she has a green pair of eyes and brown hair. Her further body measurements have not been disclosed to the media yet.

What is Nessa’s relationship status?

Nessa Barrett was previously involved in a relationship with “Joseph Richards” who is also a YouTuber and a TikTok star. The two were together for about 7 months until Nessa called it quits months later when cheating allegations surfaced. The two met on TikTok and would create content together.

As they called it a quit, Josh had stated “We were in a very serious relationship but we weren’t ready for as serious as it was”.

The Hype House drama started with a song that Josh Richards put out with fellow TikTok star, Bryce Hall, rumored to be about Chase. The song accuses Chase of sliding into Nessa’s DM’s. However, Charli never publicly commented on “Still Softish“. Chase even tweeted to the song and reacted to the music video on-camera for a video on Bryce’s YouTube channel.

Even though she never explicitly confirmed or denied the song’s allegations, fans noticed that Hype House cofounder Thomas Petrou had unfollowed Nessa and so did she. As a matter of result, she also deleted all of the videos she had recently filmed at the Hype House from her feed.

Our contents are created by fans, if you have any problems of Nessa Barrett Net Worth, Salary, Relationship Status, Married Date, Age, Height, Ethnicity, Nationality, Weight, mail us at [email protected]