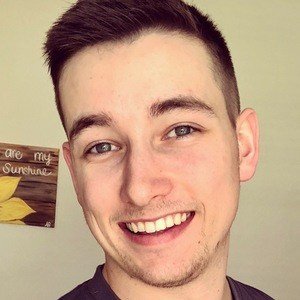 Nick Smithyman is a popular American singer-songwriter and social media personality. He is popular for his music also because of his great sense of humor and the hilarious videos he posts on his Tiktok.

When was Nick Smithyman born?

Nick Smithyman was born on the 17th of September, 1996 in Alexandria, Virginia, U.S.A. As of now, his age is 24. His nationality is American and his ethnicity is Caucasian. Nick follows Christianity as his religion.

Talking about his parents, Nick was born to father Adam Smithyman and mother Candice Smithyman. He also helps out his parents as a worship leader at their church, the Freedom Destiny Church. He also has two siblings, an older sister, and a younger sister. Nick’s older sister’s name is Samantha and his younger sister is Alexandria Knight who is also a popular Tiktok personality.

As for his education, Nick attended and graduated from the Oak Leaf High School in Orange Park, Florida. But he has not revealed whether he went to college or not as of now.

How did Nick Smithyman build his career?

Nick gained internet fame first through his Tiktok account. Initially, he began his itsmenicksmithy account with hilarious reaction videos and creative and funny Tiktoks. The audience on Tiktok also found his content to be entertaining and his account started to gain popularity. At around this time, he started taking Tiktok more seriously and started uploading more videos, more frequently. Even with many more videos than before his quality has remained consistent until now. His personality is also really humble and likable which has made him even more popular. And thanks to all of this, Nick currently has over 2.8 million followers and over 159 million likes on his Tiktok.

Aside from Tiktok, Nick is also known for his music. He is a singer-songwriter and his songs are quite good with a Christian theme. But still, he is quite new to the music as he just started recording his songs in 2019. Along with the other music streaming platforms, Nick has also made his music available to the Youtube audience through his self-titled Youtube channel. Some of his songs such as The Temperature Is Rising, Better In Your Court, and With You are really well written and show that Nick’s music career also has some promise to it.

What is Nick Smithyman’s net worth?

Nick has not revealed his official net worth as of now. He has not shared any details regarding his annual salary as well.

What are Nick Smithyman’s physical statistics?

Nick stands at a height of 5 feet 9 inches and his weight is roughly 72 kilograms. He has a fit and balanced physique along with black hair and black eyes.

Who is Nick Smithyman dating?

Nick Smithyman is currently married to his wife Avery. The couple dated for some time before tying the knot in August of 2015. The two also have a son together but Nick has not revealed anything regarding their child, not even his name. But he does feature his son and his wife on his social media from time to time.

Nick is active and popular on social media. As of now, he has over 79k followers on his Instagram. There are also quite a few Nick Smithyman profiles on Twitter and Facebook but none seem like his official profile.

Our contents are created by fans, if you have any problems of Nick Smithyman Net Worth, Salary, Relationship Status, Married Date, Age, Height, Ethnicity, Nationality, Weight, mail us at [email protected]