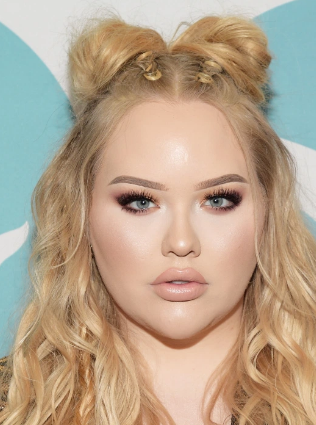 Nikkie de Jager, also known as Nikkie Tutorials, is a well-known YouTube personality. She is a Dutch makeup artist and beauty vlogger who rose to fame in 2015 after her YouTube video “The Power of Makeup” went viral and spawned a slew of other videos featuring people’s faces with and without makeup. After being inspired by other YouTube makeup tutorial channels, she first joined YouTube in 2008. Her YouTube channel has 13 million subscribers and 1.2 billion video views as of January 2020. In a video titled “I’m Coming Out” that became the #1 trending video on YouTube in January 2020, she confirmed that she was trans. In 2011, she entered the Colourfool Agency, where she assisted in the casting of shows such as Holland’s and Benelux’s Next Top Model, Miljoenenjacht, and The Face. She is a gifted individual in general.

Nikkie Tutorials reveals her story on a talk show in the United States.

Nikkie de Jager, also known as YouTuber Nikkie Tutorials, will tell her story on Wednesday on Ellen DeGeneres’ talk show. The beauty vlogger then discusses her ‘incredible’ coming-out post, which has received 31 million views in less than a week. The 25-year-old has come out as transgender. It will be De Jager’s first appearance on The Ellen Show, according to the announcement. ‘Make-up phenomenon Nikkie has a massive following. Her “I’m Coming Out” video is a powerful and courageous message that has reached millions of people around the world. Her talk with Ellen will be remembered for a long time. Nikkie hasn’t shared her story yet, aside from her video and brief excerpts on Instagram Stories. De Jager considers the invitation from the American talk show host to be an honor.

After being inspired by Lauren Conrad’s makeup on MTV’s The Hills, Nikkie started uploading videos to YouTube at the age of 14.

She then began searching YouTube for videos to imitate the look and was inspired to begin creating her own.

After two years of uploading photos, she enrolled in makeup classes at B Academy in Amsterdam.

She began working as a professional makeup artist in 2011 after joining the Colourfool Agency.

She joined RTL5’s I Can Make You a Supermodel in 2013 as the show’s head makeup artist, Paul Fisher.

She left Colourfool Agency in early 2014 to work as a freelance hair and makeup artist.

Forbes magazine named her one of the top ten beauty “influencers” in 2017.

In 2017, she posted a video in which she addressed how Dermacol, a Czech cosmetics company, used her image, specifically a screenshot from her “The Power of Makeup” video, to sell their products on social media without her permission.

Her appointment as Marc Jacobs Beauty’s Global Beauty Adviser was announced in January 2019.

She has also collaborated with the beauty brands Ofra and Maybelline.

She partnered on a range with Ofra in 2017 that included liquid lipsticks and a highlighter palette.

In December 2019, she teamed up with Lady Gaga to promote and give away her makeup line Haus Labs.

She appeared on the Dutch television show Wie is de Mol? in 2019 and came in ninth place out of ten contestants.

Nikkie Tutorials is, in reality, a married woman. She started dating Dylan Drossaers in 2019 and got engaged in Italy that summer. Currently, the couple is having a great time together and is expecting to marry soon. She was previously in a relationship with Rick Smit.

What is Nikkie Tutorials’ net worth?

Nikkie’s net worth is undoubtedly in the millions since she is a well-known YouTuber. Her net worth is expected to be $2 million by 2020, while her salary is estimated to be $70K-$1 million. She is currently happy with her earnings and enjoys a lavish lifestyle as a result of them.

Nikkie is a gorgeous young lady. Her height is 1.94 meters, and her body weight is 80 kilograms. Her other body dimensions are yet to be revealed by any sources, but they will be added as soon as we learn more. Her eye color is blue, and her hair is blonde. She has a balanced body in general.

Our contents are created by fans, if you have any problems of Nikkie Tutorials Net Worth, Salary, Relationship Status, Married Date, Age, Height, Ethnicity, Nationality, Weight, mail us at [email protected]