Nicholas Gordon Price is an American mixed martial artist currently competing in the Welterweight division of the Ultimate Fighting Championship. 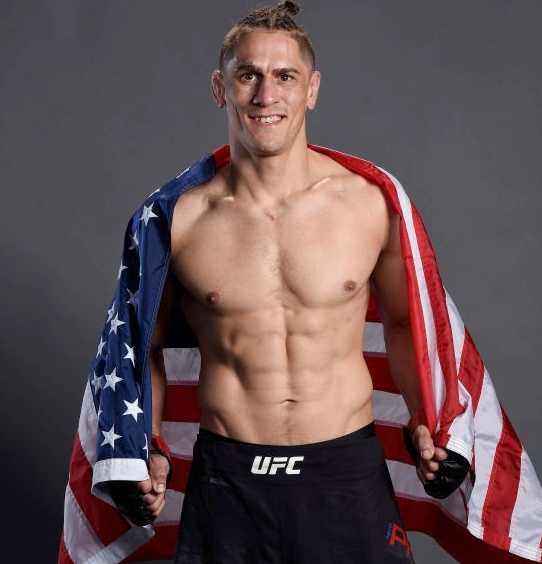 Niko Price is an American mixed martial artist. He currently competes in the Welterweight division of the Ultimate Fighting Championship (UFC). He started his mixed martial career in 2012. As of October 2019, he has recorded 14 wins and 3 losses so far.

What is Niko Price Famous For?

Where was Niko Price born?

Niko Price was born on 29 September 1989. His birth place is in Cape Coral, Florida in the United States. He holds American nationality. Information about his parents, early life, and education is not available at present. It will be updated soon. Stay tuned.

Niko Price went undefeated with 9-0 record as an amateur.

He turned professional in 2012.

He made his professional MMA debut in February 2012.

He posted an 8-0 record before joining the UFC. 7 of his 8 wins came by stoppages.

He defeated Alex Morono via knockout at UFC Fight Night: Bermudez vs. Korean Zombie. However, the fight was overturned to a no-contest after Price tested positive for marijuana.

He later defeated Alan Jouban via TKO in the first round in August 2017, earning him his first Performance of the Night bonus.

He lost to Vicente Luque via D’Arce choke submission in late October 2017.

He defeated George Sullivan via rear-naked choke submission in January 2018.

Price was removed from his bout with Belal Muhammad in June 2018 for undisclosed reasons.

He defeated Randy Brown via knockout at UFC Fight Night 133, earning him his second Performance of the Night award.

He defeated Tim Means via knockout in the first round in March 2019, earning him third Performance of the Night award.

He lost to Geoff Neal in July 2019 before defeating James Vick in October 2019. He also earned the Performance of the Night bonus award after defeating Vick.

Who Is Niko Price Married to?

Niko Price is a married man. He is married to Erica Price. Detail information about his personal life will be updated soon.

What are Niko Price Body Measurements?

What is Niko Price Net Worth?

Niko Price earns from his professional fighting career. He is currently signed to the UFC and has already earned four Performance of the Night bonuses. His net worth will be updated soon.

Our contents are created by fans, if you have any problems of Niko Price Net Worth, Salary, Relationship Status, Married Date, Age, Height, Ethnicity, Nationality, Weight, mail us at [email protected]