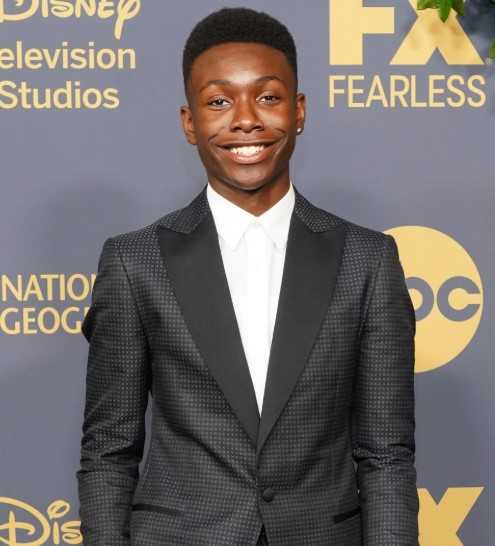 Niles Fitch is an American actor best known for his role in the 2016 NBC series, This Is Us. He portrays recurring role as Randall Pearson which earned him an ensemble Screen Actors Guild Award and couple more accolades nominations. His other roles in other famous films include Deuce on the TV series “Army Wives and a recurring character in “Mistresses”

What is Niles Fitch famous for?

Niles Fitch famous for being an American actor best known for his role in the 2016 NBC series, This Is Us where he portrays recurring roles as Randall Pearson which earned him an ensemble.

Where is Niles Fitch from?

Fitch was born in Atlanta, Georgia, the US on July 12, 2001. Niles holds an American nationality and belongs to Afro-American ethnicity. His religion is Christianity and his zodiac is Cancer. Fitch was born to father, Frederick Fitch, a financial advisor who died from lupus when Niles was 12 years old and an attorney mother, Nakata. He grew up with his younger sister. Fitch started print modeling when he was four years old later his family moved to New York City so he could pursue acting and currently lives in Los Angeles, California.  His educational background is currently under review.

What is Niles Fitch’s career?

Fitch initially started print modeling when he was just four years old. His first job was in a back-to-school ad for Parisian. He made his stage debut in the 2012 North American tour of The Lion King as Young Simba’s replacement. He then played Emmanuel in the 2014 Off-Broadway show, Our Lady of Kibeho. His other film credits include St. Vincent and Roman J. Israel, Esq. He made his television debut in 2011 with a guest appearance in Tyler Perry’s House of Payne, followed by a recurring role in Season 7 of Army Wives in 2013.

He landed his big role Randall Pearson in 2016 NBC series This Is Us, a recurring role that has won him an ensemble Screen Actors Guild Award. He, along with the rest of the teenage cast, was promoted to series regular from Season 2 onwards. Fitch also starred in 2019 films, If Not Now, When? and Miss Virginia. In 2020 he will play the role of Prince Tuma in Disney+ film Secret Society of Second-Born Royals.

Who is Niles Fitch’s girlfriend?

Niles’s relationship status is single as of 2020. The 18 years old actor is very secretive about his private and love life. Rather than fussing around with his girlfriend he is more focused on making his career and does not seem to be engaged in any kind of love affairs as of now. Besides acting, Fitch loves playing video games, basketball, photography, singing, and dancing.

What is Niles Fitch’s net worth?

NBC series, This Is Us lead cast, Niles Fitch estimated net worth is at $1 million. The exact average salary of a Fitch is not yet determined which ranges from $42,560 to $60,030 annually. The actor has given his big contribution and fame following his huge box office movie appearance in St. Vincent worth $54.8 million and Roman J. Israel, Esq. worth $13 million. Further information regarding his cars, houses and other properties are still under review.

What is Niles Fitch’s height?

The 18 years old NBC series actor, Fitch has a tall height of 5 feet 11 inches (1.8 m). This is Us lead character weighs 70 kg (154 lbs). Similarly, the actor has Black hair color and Dark brown eye color. Moreover, his body measurements are chest of 38 Inches, waist of 32 Inches and bicep of 12 Inches. He has a straight sexual orientation.

Our contents are created by fans, if you have any problems of Niles Fitch Net Worth, Salary, Relationship Status, Married Date, Age, Height, Ethnicity, Nationality, Weight, mail us at [email protected]