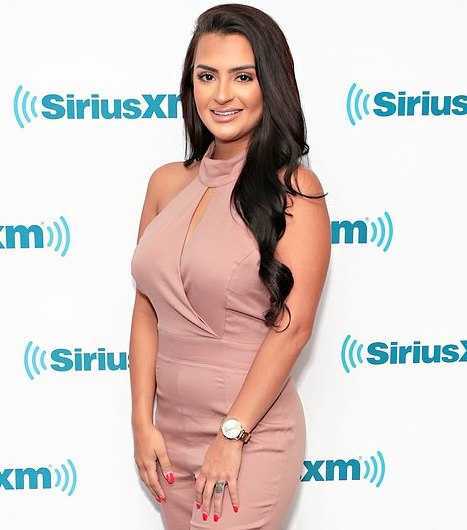 Nilsa Prowant is an American television personality, model, and professional stylist. She rose to prominence after she was cast on the MTV television show, Floribama Shore in 2017. She was arrested in July 2019 for flashing her breasts from the balcony in St. Petersburg and for violent conduct.

What is Nilsa Prowant Famous For?

Where was Nilsa Prowant Born?

Nilsa Prowant was born on 2 January 1994. Her birthplace is in Panama City, Florida in the United States. She holds an American nationality. Her zodiac sign is Capricorn. She is of Panamanian-American ethnicity. Information about her parents and siblings are not available at present.

She attended Chipola State College in Florida. She was a cheerleader at her school.

When she was a child, she was featured on the cover of a baby magazine.

She won the Miss Florida Palm State Queen contest in 2014.

She is a professional stylist and a makeup artist.

She made her television debut on the MTV show Floribama Shore in 2017.

The third season of the show is under the floor as of July 2019.

She has been featured on several other television reality shows.

She has a self-titled YouTube channel. Her YouTube channel has garnered over 24k subscribers as of July 2019. She posts makeup tutorials, fitness tips and workouts, and vlogs on her channel.

Who is Nilsa Prowant Dating?

Nilsa Prowant is reportedly single. Information about her current relationship status is not available. She has maintained a low profile.

She was previously married to marine James Anderson. They got married in 2014. The couple got divorced in 2017. Prowant’s miscarriage is reportedly considered as the reason for their divorce.

She was arrested in July 2019 in St. Petersburg for allegedly flashing her breasts from a balcony and then engaging in violent conduct. She was charged with disorderly conduct and exposure of sexual organs and was booked into the Pinellas County Jail.

What are Nilsa Prowant Body Measurements?

What is Nilsa Prowant Net Worth?

Nilsa Prowant earns from her television career. Besides television work, she also earns as a professional stylist and makeup artist. Her net worth is estimated at $400,000.

Our contents are created by fans, if you have any problems of Nilsa Prowant Net Worth, Salary, Relationship Status, Married Date, Age, Height, Ethnicity, Nationality, Weight, mail us at [email protected]