Noah Centineo is an American actor. He is best known for his roles in the final three seasons of the television series, The Fosters. 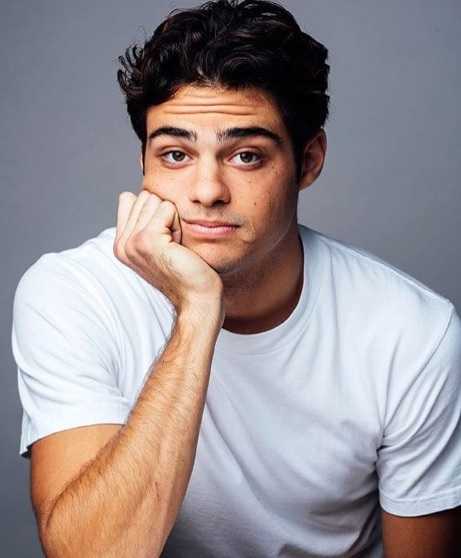 Noah Gregory Centineo, popularly known by the name Noah Centineo is an American actor. He is best known for his roles in the final three seasons of the television series, The Fosters. His other recognizable works are 2014 television film. How to Build a Better Boy, 2018 Netflix romantic comedy films, To All the Boys I’ve Loved Before, and Sierra Burgess is a Loser. He was nominated for Teen Choice Award for Choice Summer TV Star Male for his work in The Fosters in 2017.

The rumors about The Fosters star, Noah Centineo dating Lilly Collins became one of the gossips after the 91st Academy Awards. Their romance rumor fueled up when they were seen together inside the Wallis Annenberg Center for the Performing Arts. Though they arrived separately at the venue, they might have spent special time with each other.

Their romance rumor started earlier when they two were publicly seen flirting on social media.

Who are Noah Centineo parents?

Noah Centineo was born on 9 May 1996. His birth name is Noah Gregory Centineo. He was born to a father Gregory Vincent Centineo, and a mother, Kellee Janel. He is of half Italian, Dutch, and a little Native American descent. He belongs to white ethnicity. His birthplace is in Miami, Florida, in the United States. He holds American nationality. His zodiac sign is Taurus. He has an older sister, Taylor. He grew up in Boynton Beach, Florida.

He attended BAK Middle School of the Arts. He then attended Boca Raton Community High School for ninth and tenth grade.

What shows has Noah Centineo been on?

He made his film debut in the lead role in the 2009 family film, The Gold Retrievers.

He has later appeared in other films such as Turkles, SPF-18, Can’t Take It Back, To All the Boys I’ve Loved Before, Sierra Burgess is a Loser, and Swiped.

Among which, Netflix romantic comedy films, To All the Boys I’ve Loved Before and Sierra Burgess Is a Loser are his best-recognized films.

His upcoming films are Charlie’s Angels, The Perfect Date, The Diary. All are scheduled to release in 2019.

He made his television debut in an American comedy television series, Austin & Ally. He appeared in 3 episodes in the series between 2011 and 2012.

He has later appeared in Marvin Marvin, Shake It Up, Ironside, Jessie, See Dad Run, and Newsreaders.

He then appeared in a Disney Channel Original Movie, How to Build a Better Boy in 2014.

He landed the main role as Jesus Adams Foster in an American family drama television series, The Fosters. He appeared in the final 3 seasons of the show between 2015 and 2018.

He had a recurring role in 20 episodes of an American psychological thriller web series, between 2017 and 2018.

The Fosters star Noah was romantically linked with a couple of women. His sexual orientation is straight. He was rumored to be dating Kelli Berglund in 2014 and Angeline Appel in 2016.

Currently, he is reportedly dating Lily Collins. However, it’s just a rumor. No official news regarding his affairs has surfaced yet.

He currently lives in Los Angeles, California in the United States.

Noah Centineo stands at a height of 1.85 m i.e. 6 feet and 1 inch tall. He has a body weight of 163 lbs i.e. 74 kg. He has an athletic body build. His other body measurements are currently unavailable. He has hazel eyes and his hair color is dark brown. His reported shoe size is 11.5 (US).

Net Worth of Noah Centineo

Noah Centineo is an aspiring actor in the industry. The Fosters star has appeared in numerous commercials for Target, Old Navy, Time Warner, Monopoly Electronic Banking Board Game, among others. As of 2019, his net worth is estimated at $1.5 million.

Our contents are created by fans, if you have any problems of Noah Centineo Net Worth, Salary, Relationship Status, Married Date, Age, Height, Ethnicity, Nationality, Weight, mail us at [email protected]