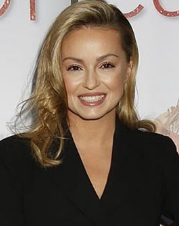 A British-Polish professional ballroom dancer is named for Ola Jordan. She appeared as a professional on the British TV show Strictly Come Dancing from 2006 to 2015. She moved to England and began a new partnership with James Jordan after winning a championship event in her native Poland. In the year 2018, she became a judge on Dancing with the Stars: Taniec z gwiazdami in Poland. In 2019, she appeared on the fourth series of Celebrity Coach Trip alongside husband James. Overall, she is a very talented woman.

Ola Jordan is pregnant with her and husband James’ first child. The former Strictly Come Dancing professional has confirmed the exciting news she is expecting her first baby with her partner after her IVF struggle. The pair are beaming with joy as they pose for pictures with their baby scan. Ola, 36, looks radiant as she wears a pale pink satin dress, which she has accessorized with pearl hoop earrings.

What is the birthplace of Ola Jordan?

On 20th September 1982, Ola Jordan was born as Aleksandra “Ola” Jordan (nee Grabowska) in Nasielsk, Poland. She was born to Gariusz, father and Janina, mother. She also has an older sibling named Monika, who is a pharmacist. Her nationality is English-Polish and her ethnicity is White. Her religion is Christian. As of 2019, she celebrated her 37th birthday. Her other early life details will be added soon.

How was the Career of Ola Jordan?

Ola began dancing when she was twelve years old, when her school advertised a dance club.

In Poland, she danced with both John Lowicki and James Jordan.

Ola Grabowska and James Jordan danced together for the first time in the Dutch Open in the year 2000.

The couple took a break from competing for a while to teach Latin American dancing in Hong Kong, but they returned in 2005 after missing a competition.

The couple placed second in the Blackpool Professional Rising Stars Latin event in May 2006, and third in the British Championships for Professional Latin in November 2006.

She made her first appearance on Strictly Come Dancing in 2006, partnering DJ Spoony, and they were eliminated in the third round.

In week seven of the competition, she and her partner, GMTV presenter Andrew Castle, were eliminated from Series 6.

She competed in the Strictly Come Dancing Tour with Kenny Logan in 2009, and in series 7, she partnered reporter Chris Hollins, reaching the final and defeating rivals Ricky Whittle and Natalie Lowe to become the 2009 champions.

Viewers and cast members began to refer to Jordan and Hollins as “Team Cola,” with Cola being a portmanteau of “Chris” and “Ola.”

In the eighth season of the show, she collaborated with magician Paul Daniels, and they became the second pair to be voted off.

For a one-off Strictly special, she danced the Paso Doble with Harry Judd from McFly.

She was paired with former Wales international footballer Robbie Savage in the ninth series of the show.

On December 4, 2011, they became the ninth couple to be voted off the show.

In September 2012, she was paired with EastEnders actor Sid Owen, and the couple was eliminated during Halloween week in October 2012.

Jordan competed against former Hollyoaks star and singer Ashley Taylor Dawson in the eleventh season, which aired in September 2013.

In September 2014, she married Steve Backshall, a wildlife expert and host of the iconic children’s show Deadly 60 and its spinoffs.

Strictly Come Dancing announced on September 5, 2015 that she will be dancing with sports analyst and Olympic medalist Iwan Thomas in the upcoming thirteenth season.

She revealed shortly after their elimination that this would be her last season of Strictly Come Dancing and that she would not be returning in the following season.

She made her final appearance in the Series 13 Final when she was part of a group dance.

Ola and James Jordan participated in a celebrity edition of the TV show Total Wipeout.

In 2010, she and Strictly Come Dancing head judge Len Goodman teamed up for the BBC’s Bargain Hunt to raise money for the Children in Need appeal.

In 2010, Ola and James Jordan served on the judging panel for the television show Dancing on Wheels, and in 2013, they appeared on All Star Mr. & Mrs.

In September 2015, Ola and James appeared as celebrity homeowners on an episode of Through the Keyhole.
She appeared in the sixteenth season of I’m a Celebrity…Get Me Out of Here! in November 2016. She was the show’s third star to quit.

Jordan will replace Beata Tyszkiewicz as a judge on Dancing with the Stars: Taniec z gwiazdami (Polish version of Strictly Come Dancing) in February 2018, according to Polish broadcaster Polsat.

She and her husband James featured on the fourth season of Celebrity Coach Trip in 2019.

Who is the Husband of Ola Jordan?

Regarding the marital status of Ola Jordan, she is a married woman. She was married to her longtime boyfriend, James Jordan. They had known each other for a long time. She is enjoying her marital life very happily and there is no sign of divorce between them. Her sexual orientation is straight and she is not a lesbian. There is no information about her child.

What is the Net Worth of Ola Jordan?

The net worth of this famous dancer will be surely in millions but as of 2020, her net worth is under review and will be added once we get information about it. Moreover, her exact salary has not been disclosed yet but there is no doubt in the mind of her followers that she is earning a considerable amount of salary from her present work. Overall, she is satisfied with her earnings.

How tall is Ola Jordan?

Observing her body features, she has got a slim body build with a height of five feet five inches. Her other body measurements such as weight, waist size, hip size and more will be added once we get information about it. She has got a black eye color and her hair color is blonde. Overall, she has got a very beautiful body with a charming personality and good health.

Our contents are created by fans, if you have any problems of Ola Jordan Net Worth, Salary, Relationship Status, Married Date, Age, Height, Ethnicity, Nationality, Weight, mail us at [email protected]