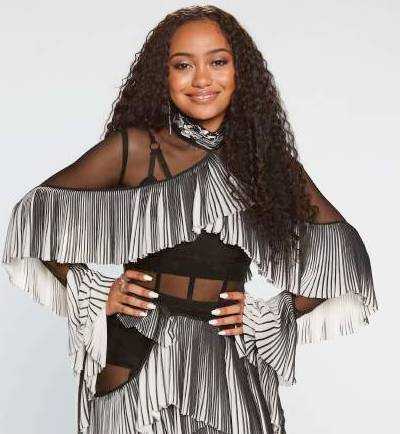 Olina Loau is an aspiring Australian singer. She rose to prominence after participating in the 9th season of Australia’s Got Talent. She received two Golden Buzzers in the competition, one from host Ricki-Lee, and the second from celebrity guest judge, Jessica Mauboy in the semifinals. She also has a YouTube channel with over 1.6k subscribers as of August 2019. She posts cover songs on her Channel.

What is Olina Loau Famous For?

Where was Olina Loau Born?

Olina Loau was born in 2004. She was born in France. Information about her parents will be updated soon. Her family moved to Australia when she was just a year old. They live in Western Sydney. She holds Australian nationality. She is of half-Samoan, half-French descent. Her religion is Christianity. Her mother left the family when she was 9 years old. She has been living with her father and aunt since then. Information about her education will be updated soon. She started singing at an early age. She used to sing at her school and church. She also attends vocal classes.

She finished first in a talent quest at an early age.

Olina Loau has been competing on the 9th season of Australia’s Got Talent.

Olina performed “Never Enough” from the blockbuster film, The Greatest Showman during her audition round.

She received a standing ovation after her performance.

She performed “Listen” by Beyonce during the semifinal 1 of AGT.

The celebrity guest judge, Jessica Mauboy awarded her performance with a Golden Buzzer on 19 August 2019.

She has advanced to the Grand final of the show.

Who is Olina Loau Dating?

Olina Loau is very young. She is not involved in any romantic relationship. Any news about her personal life will be updated soon.

What is Olina Loau Net Worth?

Olina Loau is an aspiring singer from Australia. She has yet to pursue her professional career in music. If she pursues her career in music in the coming years, she will surely give hit songs and albums. She has already shown her talent in singing. If she wins AGT, she will bag $100,000 prize money from the show. Her net worth will be updated soon.

Our contents are created by fans, if you have any problems of Olina Loau Net Worth, Salary, Relationship Status, Married Date, Age, Height, Ethnicity, Nationality, Weight, mail us at [email protected]