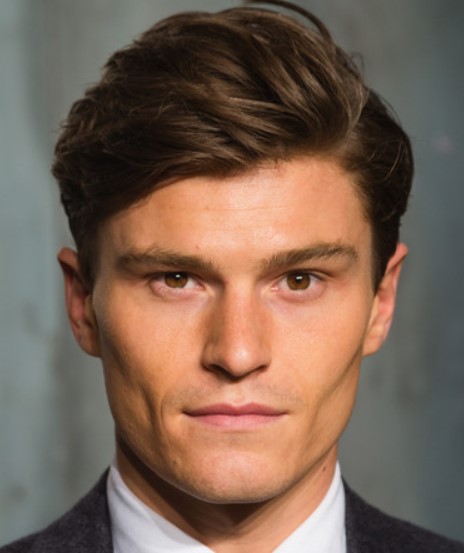 Oliver Cheshire is an English fashion model and writer. He is best known as the face of the fashion brand Calvin Klein. He has also participated in campaigns for Abercrombie & Fitch, The Gap, and Dolce & Gabbana. Oliver was discovered by Select Model Management at a Clothes Show Live event at the age of 15. He is also called the “model with the Midas touch” because he has helped brands like Marks & Spencer, Superdry, etc increase their sales figure when he was the face of their respective campaigns.

He is quite active in social media sites with over 192k million followers on his Instagram: @oliver_cheshire and over 14.6K Followers on twitter @Oliver_Cheshire.

What is Oliver Cheshire Famous for?

Where is Oliver Cheshire from?

Oliver Cheshire was born in Stevenage, Hertfordshire, England on June 3, 1988, as Oliver Luke Cheshire. He was born to father, Graeme Cheshire, and mother, Lesley Cheshire. His father was a fireman, and he aspired to be a firefighter or actor. He holds British nationality and his ethnicity is white. His zodiac sign is Gemini.

He studied drama but soon he gave up his studies to pursue a career as a model. Besides this, there is no information about his education.

Oliver Cheshire is unmarried but he has in a relationship with singer-songwriter Pixie Lott, since 2010. Pixie and Oliver had met at a Select Models event in 2010. The couple got engaged in November 2016. They had been hoping to tie the knot in the autumn, but they are now waiting until after lockdown so that all of their family will be present. His sexual orientation is straight.

Being a famous fashion model, who has modeled for several reputed brands, Oliver has earned a good income. His primary source of income is his modeling career. He also writes his own blogs.  His net worth is estimated to be around $1 Million or above.

Our contents are created by fans, if you have any problems of Oliver Cheshire Net Worth, Salary, Relationship Status, Married Date, Age, Height, Ethnicity, Nationality, Weight, mail us at [email protected]