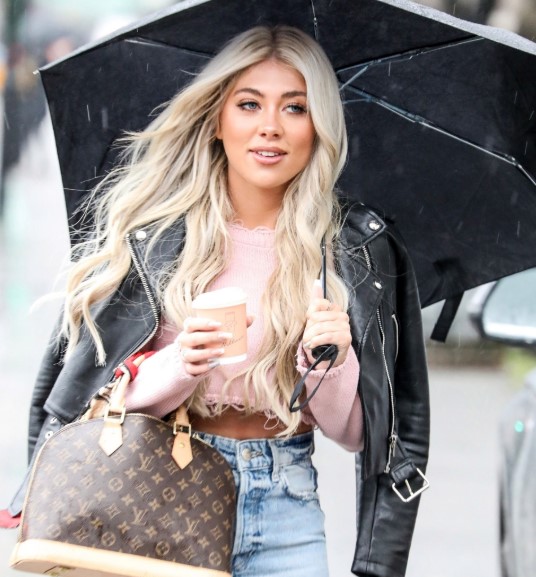 Paige Turley is a Scottish singer and a reality television personality who is best recognized for her appearance on the sixth season of the ITV2 reality series, “Love Island”. Turley is the winner of the show along with her partner, Finely Tapp. Besides, she even competed on “Britain’s Got Talent” at the age of 14. She is also known for her relationship with her ex-boyfriend, Lewis Capaldo while she was a teenager.

What is Paige Turley Famous for?

Where was Paige Turley Born?

Paige Turley was born on August 11, 1987, in West Lothian, Scotland. Her birth name is Paige Turley. Her nationality is Scottish. Turley belongs to White ethnicity while Leo is her zodiac sign.

Tyrley was raised in Scotland by her parents. She studied music at the University of the West of Scotland.

Paige Turley is widely known as the winner of one of the hit reality show, “Love Island”. She was one of the 20 contestants on the show. Paige was first coupled up with Ollie, but he dramatically left the show to be with his ex-girlfriend.

Then after with the late arrival of Finely “Finn” Tapp, he asked Paige to go on for a date. They became the first official couple on the show. They survived Casa Amor and were crowned Love Island winners.

Before Love Island, she had been to another hit show, “Britain’s Got Talent”. She auditioned at BGT at the age of 14 where she even got selected. She made it to the live semi-final shows but failed to impress all of the judges with her rendition of “It Will Rain” by Bruno Mars.

She is also a social media personality. She is active on Instagram @turley_paige with over 1.4 million followers where she posts plenty of full-length pics in exotic locations. Her Twitter account is @turleypaige_.

Who is Paige Turley Dating?

Paige Turley was previously in a relationship with the popular singer, Lewis Capaldo. Capaldo was 18 back then while they began dating. Capaldo even had written songs for her which was one of his hits ever that was sold out in million dollars. However, their relation didn’t last long as they got broke up after 2 years of dating.

After her break up, she began dating Grey Graig. Graig is a former contestant of the X-factor. Currently, she is in a relationship with his Love Island partner, Finely “Finn” Tapp. Tapp is an English television personality and former professional association footballer.

They just won the title and are in relationships.

How Much Does Paige Turley Earn?

The 22 years old Paige Turley has just started her career as a reality star. She must have a good income and net worth however her net worth isn’t disclosed yet. With the winning crown of “Love Island”, she even got the winning half of prize money amount to £50,000.

How Tall is Paige Turley?

Paige Turley is a gorgeous lady in her 20s. Turley has a well maintained slim stunning body. She has a fair complexion with blonde hair and sparkling blue eyes.

Our contents are created by fans, if you have any problems of Paige Turley Net Worth, Salary, Relationship Status, Married Date, Age, Height, Ethnicity, Nationality, Weight, mail us at [email protected]