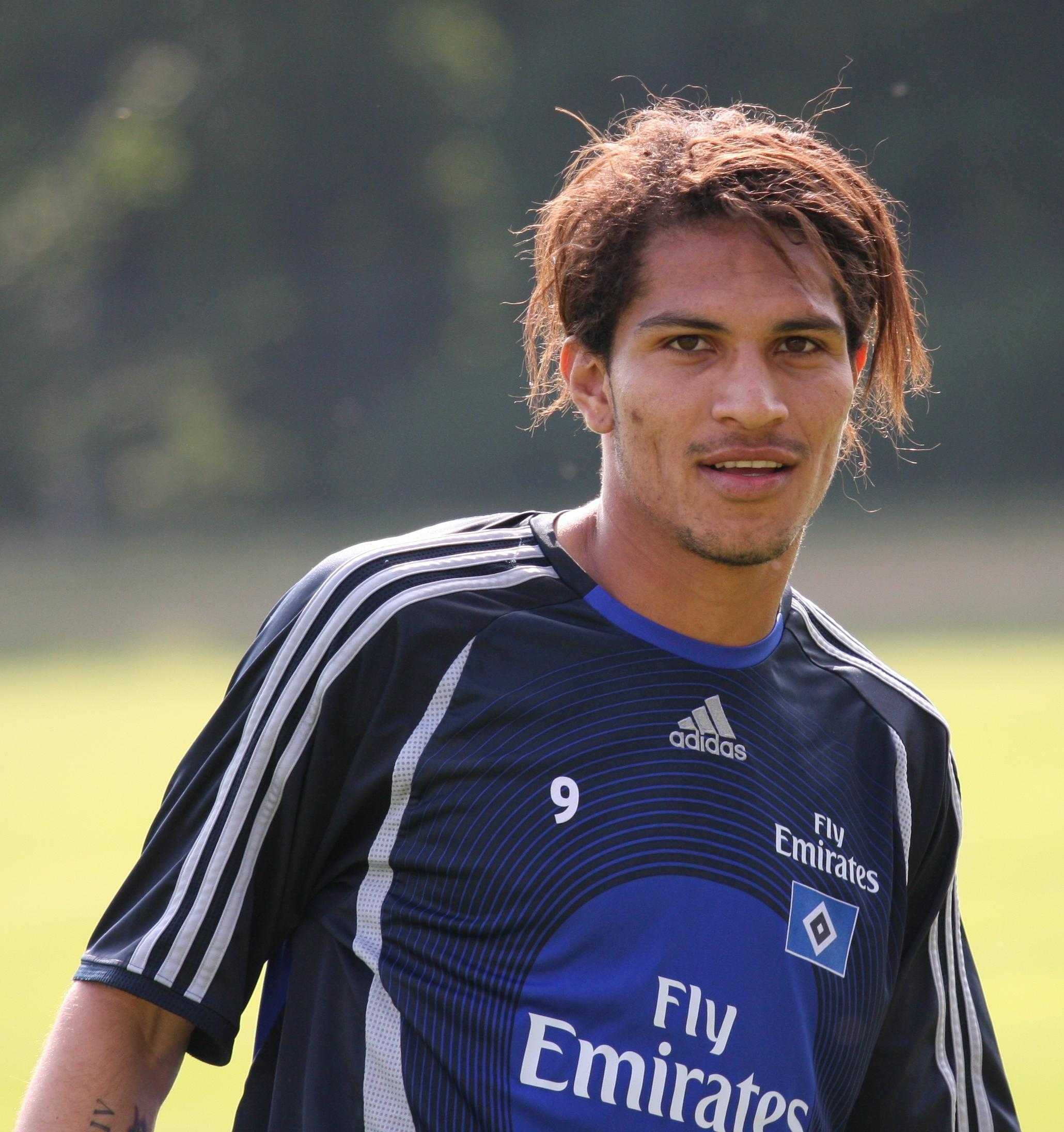 Jose Paolo Guerrero Gonzales is a Peruvian footballer who is popularly known as Paolo Guerrero. He plays as a striker for Brazilian club Flamengo and the Peru national team.

Paolo Guerrero was born on 1 January 1984 in Lima, Peru. His full name is Jose Paolo Guerrero Gonzales. His father and mother’s name is Jose Guerrero  & Petronila Gonzales. Julio Rivera is his brother’s name. He is an International Peruvian footballer who plays for Brazilian club Flamengo and the Peru national team as a striker. Barbara Evans is his girlfriend’s name. His nickname is The Warrior. He debuted for the Peruvian national team in 2004.

Paolo Guerrero spent his early career in Germany at Bayern Munich club as a footballer from 2002-2006 scoring 10 goals in 27 matches. Later, he was transferred on hamburger SV from 2006-2012 scoring 37 goals in 134 games. He scored both of their goals in the 2012 FIFA Club World Cup, once in the semi-finals against Al Ahly SC and the winning goal in the final against Chelsea. Then, Guerrero joined Brazilian club Corinthians on 13 July 2012, on a three-year deal from 2012-2015 scoring 23 goals. Guerrero became the all-time leading international goal scorer for Peru on 4 June 2016, after scoring against Haiti in a 1–0 win at the Copa América Centenario. He has got many international honors as Copa America Top Scorer in 2011 and Best Peruvian footballer in 2017.

Guerrero had made his World Cup debut World Cup on June 16, 2018, coming off the bench in the 1–0 loss to Denmark and On 26 June 2018, he scored the second goal in the 2–0 win over Australia. He is currently playing on Flamengo club and His jersey number is 9.

Our contents are created by fans, if you have any problems of Paolo Gurrero Net Worth, Salary, Relationship Status, Married Date, Age, Height, Ethnicity, Nationality, Weight, mail us at [email protected]