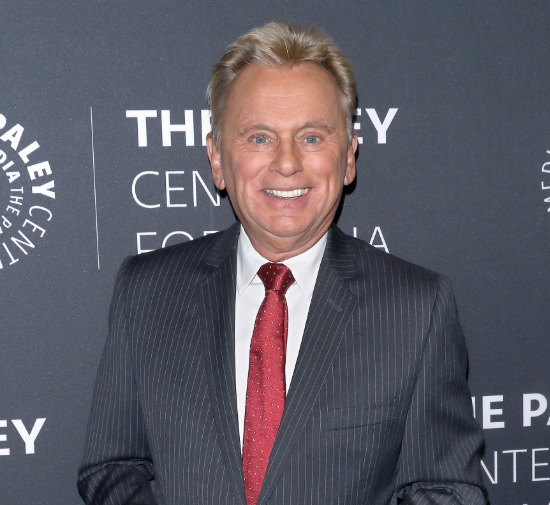 Pat Sajak is a well known American television personality who is best known as the host of the American television game show, “Wheel of Fortune”. With his presence in the game show, he broke the world record for having the longest career as a game show host for the same show hosting it for 38 years and 198 days. Sajak is also a former weatherman of NBC and talks show host. He also served the US national army during the Vietnam War as a radio host.

What is Pat Sajak Famous for?

Where is Pat Sajak From?

Pat Sajak was born on October 26, 1946, in Chicago, Illinois, United States. His birth name is Patrick Leonard Sajdak. His nationality is American. Sajak belongs to White ethnicity while Scorpio is his zodiac sign.

Pat was born in a poor family to Leonard Anthony Sajdak(father) and Joyce Helen(mother). His father was a factory worker who died soon when Sajak was very young. His mother then married Walter Backal(step-father). Sajak grew up with a need to achieve the greatness that he lacked as a kid.

Sajak attended Farragut High School and he graduated in 1964 at the age of 18. Later, he went to Columbia College Chicago during which he worked as a desk clerk at the Palmer House hotel. During his college days, he did a very demanding work as a host in a radio show, “An Officer and a Movie”. He was also hired to work as a newsman from midnight to 6:00 am in a local radio station(WEDC).

During the Vietnam War, he served in the U.S. Army as a disc jockey for the American Forces Vietnam Network. He also hosted the radio show, “Dawn Buster” and “Good Morning Vietnam”.

Who is Pat Sajak Married to?

The 73 years-old Pat Sajak has married twice throughout his entire life. He was previously married to his first wife, Sherrill Sajak. Sherrill and Pat got married in 1979 but living for 7 years together, the couple divorced in 1979. Currently, Pat Sajak is married to his second wife, Lesly Brown Sajak. Lesley is a photographer. Lesley and Pat started dating in 1989 three years after his first divorce.

Lesly and Pat got married on December 31, 1989, and shares two children: a son, Patrick Michael James Sajak(b.1990), and a daughter, Maggie Marie Sajak(b.1995). The couple lives in Severna Park, Maryland, with a second home in Los Angeles, California alongside his wife and children.

Besides, Sajak is an avid fan of the Washington Capitals NHL team. He is a member of the Churches of Christ and a financial supporter of Young America’s Foundation. Recently, on November 8, 2019, Sajak underwent emergency intestinal surgery.

What is the net worth of Pat Sajak?

Pat Sajak has been working in the entertainment industry for a long time for more than 3 decades now. He has managed to earn quite a fortune through his professional career as a host and TV personality. Sajak has amassed a fortune worth million dollars trough his several TV shows and movies.

His currently estimated net worth is around $65 million. He has an annual salary of $15 million at Wheel of Fortune.

How Tall is Pat Sajak?

Pat Sajak has a maintained body physique. Sajak stands tall with a height of 5ft. 10inch.() while his body weighs around 80kg. He has a fair complexion with light brown hair and blue eyes.

Our contents are created by fans, if you have any problems of Pat Sajak Net Worth, Salary, Relationship Status, Married Date, Age, Height, Ethnicity, Nationality, Weight, mail us at [email protected]