Patricia became well-known as the mother of actors Rory Culkin and Macaulay Culkin. 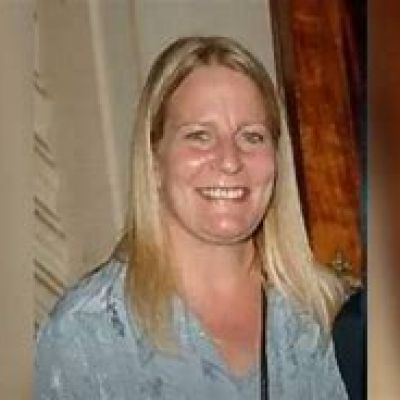 Who is Patricia Brentrup?

Millions of millions of people around the world have seen and liked the film Home Alone. Patricia Brentrup, the mother of Macaulay Culkin, the star of the iconic Home Alone series, will be discussed in this article. Patricia became well-known as the mother of actors Rory Culkin and Macaulay Culkin. Her ex-partner is Kit Culkin, an American theater actor, and former manager.

Even though the media is unaware of her physical measurements, including shoe and dress sizes. Her eyes are Dark Brown, and her hair is Brown.

His ethnicity is mixed, and he holds American citizenship. His mother’s maiden name is Patricia Brentrup, and his father’s name is Kit Culkin. Among his seven siblings are Shane, Dakota, Macaulay, Quinn, Christian, and Rory.

Patricia Bentrup was born in the state of North Dakota, in the United States. She graduated from a local New England high school.

Patricia Brentrup spent twenty-one years of her life, from 1974 to 1991, with her former boyfriend Kit Culkin. Kit Culkin is a theatrical actor and former manager from the United States. The ex-couple is the mother of seven children. Their first child, Shane Culkin, was born in 1976. Dakota Culkin, born in 1979, was their second child. Dakota was killed in 2008 when she was hit by a car when she stepped off the curb. Macaulay Culkin, their third child, was born in 1980.

Similarly, their fourth child, Kieran, was born in 1982, and their fifth child, Quinn, was born in 1984. Their sixth child, Christian, was born in 1987, and their seventh child, Rory, was born in 1989. Patricia and Kit had been dating for 21 years but had never married. Adeena VanWagoner was Kit Culkin’s previous wife. Jennifer Adamson, his daughter, died of a heroin overdose in the year 2000. They had a protracted legal struggle over custody of their child, Macaulay, after their divorce. Patricia won the custody battle for Macaulay. Patricia also alleged that Kit was unfaithful and had anger issues. Furthermore, Kit Culkin had a tough relationship with his children, especially his sons.

A lawsuit for $80 million has been filed.
Patricia Brentrup was sued for $80 million by her former neighbors in December 1998 for sparking a fire. Brentrup’s flat had caught fire. The fire that originated in the Manhattan high-rise apartment killed four individuals (two men and two women) and injured around twenty more. According to the investigator, the fire started when the flames caught a dried-up Christmas tree.

The fire started at 10 a.m. As they left the fire, the Culkins did not close the apartment door. This also allowed smoke to infiltrate the passageway, resulting in injuries and deaths. Patricia and her six children were at the time present in the flat. Macaulay, her son, had already left, but he still visited his mother and siblings regularly.

Patricia Brentrup’s professional background is unknown. Her son, Macaulay Culkin, is well-known for his stellar performance in the spotlight. Even though she is a wonderful mother who faithfully performs all of her motherly obligations.

How much does Patricia Brentrup earn? Net worth, Salary, House

Patricia Brentrup is worth $200,000 according to her net worth. As a single mother raising seven children, she did experience some financial hardships. Patricia’s sons are well-known actors with multi-million-dollar wealth. She must have found it easier to live her life after they got renowned.

Patricia Brentrup has been a low-key person while using the social networking platform. In the spotlight, her social media accounts are not revealed.

Our contents are created by fans, if you have any problems of Patricia Brentrup Net Worth, Salary, Relationship Status, Married Date, Age, Height, Ethnicity, Nationality, Weight, mail us at [email protected]