Patricia Clarkson is an actress from The United States of America 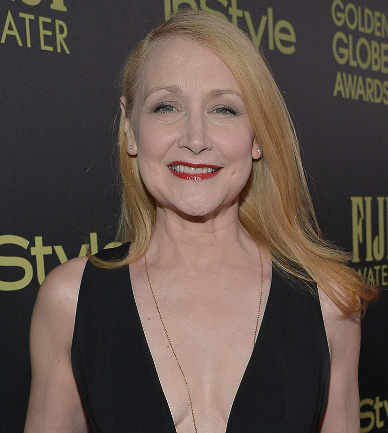 Patricia Clarkson’s AKA Patricia Davies Clarkson is an actress from The United States of America popular in the world for portraying her character in the hit movies like Far from Heaven, High Art, Dogville, and others.

Patricia Clarkson was born Patricia Davies Clarkson on December 19, 1959, in New Orleans, Louisiana, U.S. She is the youngest daughter of Jackie Clarkson, a New Orleans politician and councilwoman, and Arthur Clarkson, a school administrator. She was raised along with her four sisters. She is an American and is of white descent.

She attended O. Perry Walker High School. Then she joined Louisiana State University and studied speech pathology. She graduated from Fordham University’s College with a degree in drama in 1982. Clarkson received her Master of Fine Arts at the Yale School of Drama.

The career of Patrica Clarkson

Patricia Clarkson started her acting career in 1985 in Spenser: For Hire in an episode of “The Choice’. The following year, she debuted on Broadway in The House of Blue Leaves. She started her movie career at the age of 27 in The Untouchables.

Some of the popular her films include The Green Mile (1999), Far from Heaven (2002), Good Night, and Good Luck (2005), and Lars and the Real Girl (2007). In 2002, she played the role of Sarah O’Connor in HBO’s Six Feet Under for which she won the Primetime Emmy Award for Outstanding Guest Actress in a Drama Series.

In 2009, She performed at the Mahalia Jackson Theatre for the Performing Arts. She also made a cameo in the Saturday Night Live Digital Short “Motherlover” on May 9, 2009, which featured Andy Samberg, Justin Timberlake, and Susan Sarandon. Her most recent work includes The Party (2017) by Sally Potter and The Bookshop (2018) by Isabel Coixet.

Awards and Achievements of Patrica Clarkson

Similarly, she got a nomination for her role played in ‘The Elephant Man’ and others. Altogether, she won 27 awards and 22 nominations to date.

Net Worth and online presence of Patrica Clarkson

Recently, Patricia Clarkson has taken the No.1 spot on People With Money’s top 10 Highest-paid actresses for 2016. Now, the American actress has an estimated net worth of $3 million. She also earns an outstanding salary through her endorsement deals with Covergirl cosmetics.

Patrica Clarkson is unmarried and has no children. It seems like she has no interest in marrying as she told in an interview, “I’ve never wanted to marry, I’ve never wanted children – I was born without that gene.” However, Patricia has been reported to have been in a relationship.

Moving towards her body measurements, she stands 5 feet 4 inches and she weighs unknown. She wears 4 (US) dress size and 8.5 (US) shoe size. Similarly, she has a body measurement of 36-29-34 inches. She has a pair of dark brown eyes and blonde hair color.

Our contents are created by fans, if you have any problems of Patricia Clarkson Net Worth, Salary, Relationship Status, Married Date, Age, Height, Ethnicity, Nationality, Weight, mail us at [email protected]