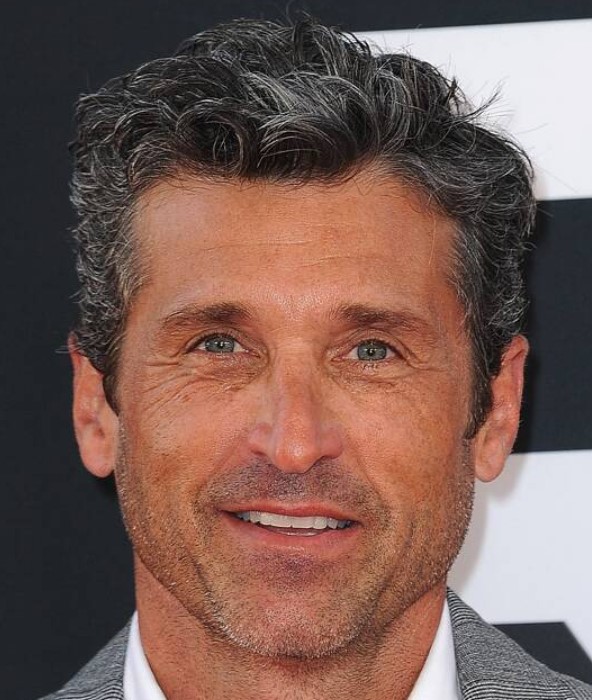 Patrick Dempsey is an American actor and race car driver who got recognition for his role as neurosurgeon Derek (McDreamy) Shepherd in the American medical drama television series “Grey’s Anatomy” from 2005-2015. Patrick also made his guest appearances in the 17th season of Grey’s Anatomy in 2020. Patrick won two Screen Actors Guild Awards and three People’s Choice Awards for his role in Grey’s Anatomy. He has acted in various hit films including “Can’t Buy Me Love”, “Loverboy”, “Brother Bear 2”, “Flypaper”, “Freedom Writers”, and “Made of Honour”.

Patrick, as a race car driver, has competed for om pro-am events such as the 24 Hours of Le Mans, Rolex 24 at Daytona sports car race, and Ensenada SCORE Baja 1000 off-road race. He also maintains a sports car and vintage car collection. He also was the co-owner of the “Vision Racing Indycar Series” team and is now the current owner of Dempsey Racing.

Patrick Dempsey is known for what?

As an actor and race car driver in the United States, he is well-known.

Patrick Dempsey was born in Lewiston, Maine, in the United States on January 13, 1966.

Patrick Galen Dempsey is his birth name. He is a citizen of the United States of America. His race is White, and his zodiac sign is Capricorn. He has Scottish ancestors.

Patrick is the son of Amanda Hempsey and William Dempsey (father). His mother worked as a school secretary, and his father worked in the insurance industry. Mary and Alicia are his older sisters, and Shane Wray is his half brother. His mother died of cancer on March 24, 2014, at the age of 79.

He and his siblings were raised in the surrounding towns of Turner and Buckfield. Buckfield High School and St. Dominic High School were his schools of choice. He later relocated to Hoston and enrolled at Willowridge High School.

He was diagnosed with dyslexia when he was twelve years old. He was very insecure at the time. During his time at the academy, he participated in several juggling competitions.

He also finished second in the Juniors division at the International Jugglers’ Association Championship, behind only Anthony Gatto, the best technical juggler of all time. He won the state slalom championship in Maine. He later chose to try acting as a career.

Patrick Dempsey began his professional acting career as David in the San Francisco production’s play “Torch Song Trilogy,” for which he performed with the company in Philadelphia for four months.

He then went on to play the lead role in the play “Brighton Beach Memoirs” on a national tour. He also appeared in a number of stage productions, including “On Golden Pond” and “The Subject Was Roses.”

He made his screen debut in the 1985 American science fiction horror film “The Stuff,” playing Underground Stuff Buyer.

In the American comedy film “In the Mood,” he played Ellsworth Wisecarver for the first time in 1987.
Then he co-starred in “Metaballs III: Summer Job,” the third installment of the comedy classic.

His acting career continued with roles in films such as “Can’t Buy Me Love,” “Loverboy,” “Scream 3,” “In a Shallow Grave,” “Couple de Ville,” and “Run.”

In 1986, he also played Mike Damone in the American sitcom “Quick Times” for seven episodes.
He portrayed John F. Kenedy in the two-part TV mini-series “JFK: Reckless Youth” in 1993.

In the 2004 American historical drama film “Iron Jawed Angels,” he played Ben Weissman’s co-star. He also appeared in the TV series “The Practice” in the same year.

His performance in the series was well-received, and he received several awards, including the Screen Actors Guild Award and the Teen Choice Award. His on-screen chemistry with Ellen Pompeo, who plays Meredith Grey, has gained a lot of recognition and positive feedback.

He also made a guest appearance in Grey’s Anatomy’s 17th season’s first episode on November 17, 2020, reprising his role as Dr. Dereck.

He stayed on Grey’s Anatomy until April 2015, when his character died.

In 2016, he starred in the smash hit romantic comedy “Bridget Jones’s Baby.”

Patrick’s credits include “Freedom Authors,” “Enchanted,” “Made of Honour,” “Flypaper,” “The Emperor’s Club,” “Face the Music,” and “Ushi Must Marry.”

In 2016, he starred alongside Renée Zellweger and Colin Firth in the romantic comedy film “Bridget Jones’s Kid,” playing Jack Qwant.

In the financial thriller television series “Devils,” he played Dominic Morgan in 2020.

He is currently preparing for his forthcoming television series “Ways & Means,” which will air on CBS.

Patrick Dempsey has a fantastic range of sports cars and antique automobiles.

In addition, he owns a stake in the Vision Racing IndyCar Series team.

He is currently the owner of Dempsey Racing, a Tudor United SportsCar Series team.

He’s raced in the “24 Hours of Le Mans,” the “Rolex 24 at Daytona sports car rally,” and the “Tecate SCORE Baja 1000 off-road race,” among other prestigious pro-am activities.

He also claimed that if he could, he would “walk away” from acting and devote himself completely to motorsports.

An honorary doctorate from Bates College

Ranked at No.2 on People’s Magazines list of “Sexiest Men Alive”

Patrick Dempsey is a married man. He is currently married to his second wife, Jillian Fink. Fink is a hairstylist and a makeup artist. The couple tied the knot on July 31, 1999. The couple is blessed with a daughter, Taula Fyfe who was born on February 20, 2002, and twin sons Sullivan Patrick and Darby Galen who were born on February 1, 2007.

In January 2015, Fink filed for divorce. The couple also released a statement reading “It is careful consideration and mutual respect that we have decided to end our marriage”.However, the couple called off their divorce in November 2016 after they were spotted holding hands in Paris. Later, Patrick also shared “Our marriage was not something I was prepared to let go of. At present, the couple is happily living together.

Previously, he was married to his manager, actress, and acting coach, Rochelle “Rocky” Parker. Patrick, then 21, tied the knot with Parker, then 48, on August 24, 1987.

Patrick Dempsey is a multi-millionaire actor who has quite healthy earnings from his stable and successful career as an actor. Having his professional career started in 1984 that lasted for over 35 years and still ongoing, Patrick has easily managed to amass a million worth of fortune from his over 40 films that he has done till 2020. With his several movies and shows, Patrick has managed to amass a wealthy fortune estimated to be around $80 million as of 2020. He also earns additional income from his endorsement deals and his Dempsey Racing. He also owns a sports car and vintage car collection. He is living a lavish and luxurious lifestyle with his earnings.

Our contents are created by fans, if you have any problems of Patrick Dempsey Net Worth, Salary, Relationship Status, Married Date, Age, Height, Ethnicity, Nationality, Weight, mail us at [email protected]