Paul Franklin Dano is an American actor, director, screenwriter, producer, and musician. Dano started his career on Broadway before making his film debut in The Newcomers. 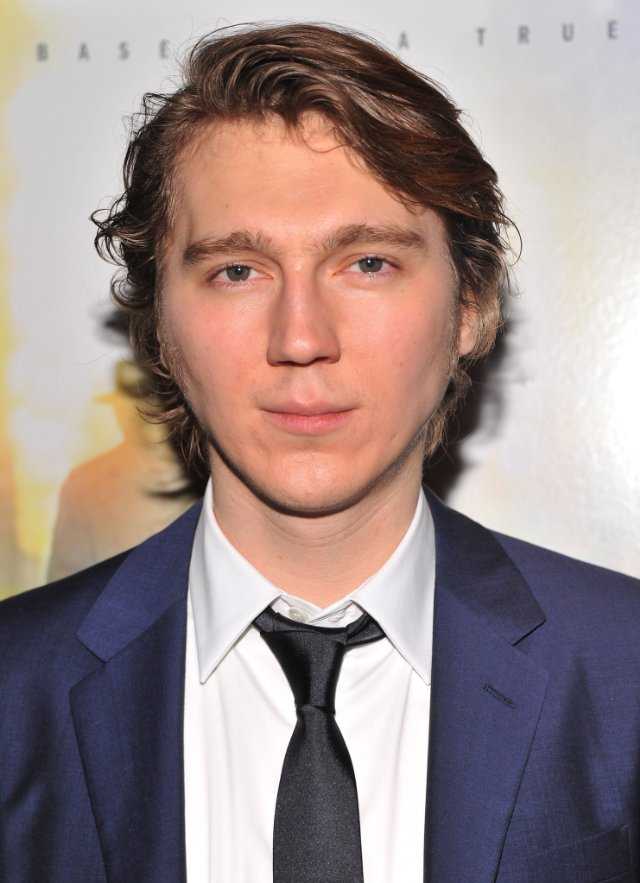 In tragedy, it's hard to find a good resolution

it's not black and white: it's a big fog of gray.

Sometimes we fall in love with the idea of a person and have trouble seeing the real thing.

I think you sometimes have to go hit rock bottom before you can grow and rebuild as a person.

Paul Dano is an American actor, screenwriter, director, producer, and musician. He started his career on stage at the age of ten before making his big-screen debut in the 2000 movie ‘The Newcomers’. He rose to international fame with his role as Dwayne Hoover in the comedy-drama road film ‘Little Miss Sunshine’ which earned him numerous accolades. Dano is also known for his performances in the movies ‘There Will Be Blood’, ’12 Years a Slave’, ‘Prisoners’ and ‘ Love & Mercy’, the last of which earned him a Golden Globe nomination.

As a director, he made his directorial debut with the drama flick ‘Wildlife.’ The movie, released in 2018, is based on a novel by Richard Ford and stars Jake Gyllenhaal and Carey Mulligan. Besides being an actor and director, he is also a talented singer and musician and serves as a vocalist and lead guitarist of the band Mook that has played at multiple festivals. On a personal note, the multitalented artist is in a relationship with Zoe Kazan and is a devoted father of one. Let’s know more about him through this article.

Who are the parents of Paul Dano?

Returning his early life, Paul Dano was born as Paul Franklin Dano in New York City, New York, the USA. He was born to the parents, Gladys and Paul A. Dano. He is American by nationality and belongs to White-American ethnicity. He was raised along with his younger sister Sarah Dano.

Regarding his education, Paul attended the Browning School. he later completed his graduation in 2012 from Wilton High School. Then, he joined Eugene Lang College in New York City for his further studies.

When did Paul Dano begin to start acting?

Who is Paul Dano Dating?

Reflecting on his personal life, Paul is a romantic relationship with actress Zoe Kazan. The duo started dating since 2007. The often appeared together at public places and awards functions and their cute PDA always succeeds in grabbed media attention. The duo has a daughter Alma who born in August 2018. At present, they reside in Boerum Hill, Brooklyn happily without rumors.

How much net worth does Paul Dano Own?

From his acting career, Paul earns a decent amount of money and fame in the entertainment industry as an actor. As per online sites, his estimated net worth said to be $10 million as of 2019. He earned around $3 million for his appearances in movies and TV series.

How tall is Paul Dano?

Observing his body statistics, Paul stands a height of 6 feet 1 inch and weighs around 77 Kg. Similarly, he has a pair of brown eyes and light brown hair. Further, he has a slim body build with body measures of 38-31-14 inches including his chest, waist and biceps sizes.

Our contents are created by fans, if you have any problems of Paul Dano Net Worth, Salary, Relationship Status, Married Date, Age, Height, Ethnicity, Nationality, Weight, mail us at [email protected]