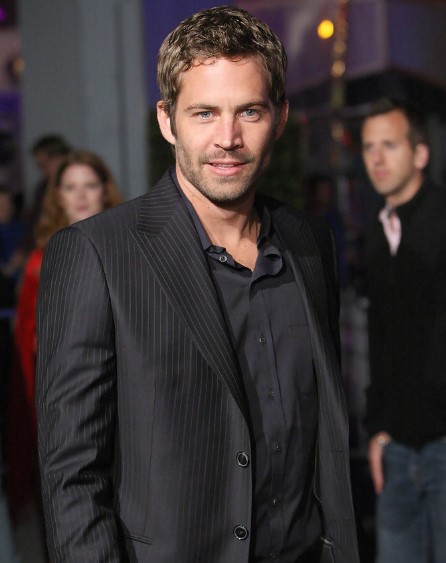 Paul Walker was an American actor and philanthropist who was widely recognized for his role as Brian O’Conner in the franchise film, “The Fast and the Furious”. Walker first gained recognition in the early 1990s with his appearance in the television soap opera, “The Young and the Restless”.

Walker died on November 30, 2013, at the age of 40 as a passenger in a single-car crash during which he was filming “Furious 7″(2017) and the song, “See You Again” was commissioned for the film’s soundtrack as a tribute to Walker. He was an animal lover and in memory of him and his works, his daughter, Meadow has started a foundation, “Paul Walker Foundation “.

What was Paul Walker Famous for?

Where was Paul Walker Born?

Paul Walker was born on September 12, 1973, in Glendale, California, United States. His birth name was Paul William Walker IV. His nationality was American. Walker belonged to White ethnicity and is of English, with some German, Swiss, and Irish ancestry while Virgo was his zodiac sign.

Paul was born in a well-to-do family as the eldest child of his family born to Cheryl Crabtree Walker(mother) and Paul William Walker III(father). His father is a sewer contractor and boxer who was a two-time Golden Gloves champion while his mother was a fashion model. Even his paternal grandfather had a boxing career as “‘Irish’ Billy Walker”.

He was the eldest of five siblings: 2 brothers, Cody Walker and Caleb Walker, and 2 sisters Ashlie Walker and Amie Walker and was raised primarily in the Sunland community of Los Angeles.

He attended high school in the San Fernando Valley, and after then he got graduated from Sun Valley’s Village Christian School in 1991. After his graduation, he attended several community colleges in Southern California, majoring in marine biology.

Belonging to a family with a modeling background, Paul began his small screen career as a toddler when he starred in a television commercial for “Pampers”. When he was 2, he began modeling and working on television shows in 1985 including “Highway to Heaven”, “Who’s the Boss?”, “The Young and the Restless”, and “Touched by an Angel”.

How was Paul Walker’s Career?

Who was Paul Walker Dating?

Paul Walker was never married. However, he had been in a relationship with Rebecca Soteros. Rebecca and Paul dated for years and even shared a baby daughter named Meadow Rain Walker. However, they broke up and Meadow began to live with her mother in Hawaii for 13 years and then moved to California to live with her father, Walker in 2011.

Walker loved her daughter a lot and they traveled a lot of places after they got together. However, their togetherness didn’t last long as he passed away just 2 years after they were united. On April 7, 2020, Meadow posted a private video of her wishing her dad a happy birthday in memory of his beloved late-dad. Since her father’s death, Meadow Walker has continued his good works with the Paul Walker Foundation.

Paul was dating Jasmine Pilchard-Gosnell at the time of his death. After his death, his co-star and very good friend, Vin Diesel became the godfather of Meadow.

Besides, he was a car enthusiast and had dozen of car collections worth million dollars. Being a marine biology degree holder had joined the board of directors of The Billfish Foundation in 2006. He also held a brown belt in Brazilian jiu-jitsu and was also awarded the black belt.

Together with Roger Rodas, his financial adviser, and former CEO of Always Evolving, he was able to establish Reach Out Worldwide. Rodas also died along with Walker in the same incident.

How Did Paul Walker Die?

Paul Walker passed away on November 30, 2013, after he met a car accident on Hercules Street near Kelly Johnson Parkway in Valencia, Santa Clarita, California. At around 3:30 p.m. PST, Walker, 40, and his financial advisor, Roger Rodas, 38, left an event for Walker’s charity Reach Out Worldwide for victims of Typhoon Haiyan(Yolanda), in Walker’s Porsche Carrera GT.

In a 45 mph (72 km/h) speed zone on Hercules Street, Valencia, California, the car crashed into a concrete lamp post and two trees and burst into flames.

With the deadly car-accident, Walker died from the combined effects of trauma and burns and Rodas died of multiple trauma. Both of their bodies were burned beyond recognition. After investigation, it was found that the age of the tires of the car was the primary reason for the crash.

Paul’s body was cremated and his ashes were buried in a non-denominational ceremony at Forest Lawn Memorial Park. His life was later chronicled in the documentary “I Am Paul Walker”, which was released on August 11, 2018.

What was the Net Worth of Paul Walker?

The shining star, Paul Walker had great earnings from his professional career as an actor. Working in the field for more than 3 decades, he had easily managed to amass a million worth fortune from his several hit movies and franchise. His estimated net worth at the time of his death was $25 million.

He was a car enthusiast and even had over 30 cars in his collection, which was later put on for auction and was sold over $2.3 million. All proceeds from the auction went into a trust for Meadow.

How Tall was Paul Walker?

Paul Walker was a very stylish good looking man in his 40s at the time of his death. He has a well maintained athletic body physique of chest size 43 inches, waist size 34 inches and 15 inches as his bicep size. He had a height of 6ft. 2inches(1.89 m) while his body weight was around 70kg(154 lbs). He had a charming face with light brown hair and blue eyes.

Our contents are created by fans, if you have any problems of Paul Walker Net Worth, Salary, Relationship Status, Married Date, Age, Height, Ethnicity, Nationality, Weight, mail us at [email protected]