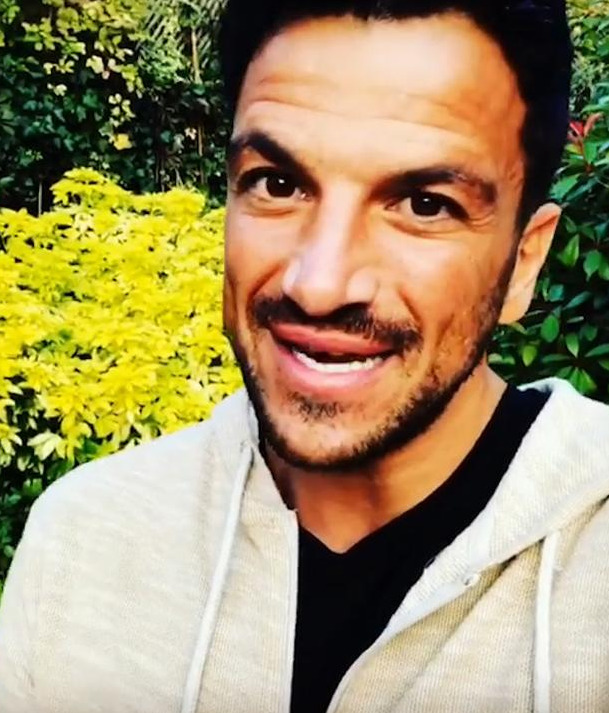 Peter Andre, an English-Australian singer, songwriter, businessman, presenter, television personality, producer and actor. He gains popularity as a singer in his career. Later he becomes known as an actor, producer, etc. Some of his successful singles include ‘Flava’ and ‘Mysterious Girl’. Additionally, he also appeared in the third series of ‘I’m a Celebrity… Get Me Out of Here!’.

Peter Andre was born in Harrow, London, the United Kingdom on 27th February 1973. His parents are Savvas Andrea and Thea Andrea and his birth name is Peter James Andrea. His family relocated to Sydney in 1979 when Peter was six years old. Additionally, he was interested in the world of television and acting from an early age. He takes British nationality. Furthermore, he belongs to the Greek Cypriot ethnic background.

He began dating model Katie Price in 2004. They later got engaged in May 2004. Eventually, they married in September 2005. They have 02 children named Junior Savva (son) and Princess Tiaamii Crystal Esther (daughter) this relationship. They later divorced on 8 September 2009. Currently, he is a married man. He is married to medical student Emily MacDonagh. They married on 11 July 2015 in Exeter at Mamhead House. They have two children from this relationship, daughter Amelia, and son Theodore James.

Peter Andre initially participated on Australian talent show ‘New Faces’ in 1989. Later, he released his debut single, ‘Drive Me Crazy’ in 1992. His other singles include ‘Gimme Little Sign’, ‘Gimme Little Sign’ and ‘Mysterious Girl’. Apart from his musical career, Andre has also appeared in numerous television series in his career. He has five credits as an actor and 22 credits for soundtracks. Some movies and television series that Andre has appeared in are ‘Thomas & Friends: Big World! Big Adventures! The Movie’, ‘Peter Andre’s Greek Odyssey’, ‘Tripped’, and ‘Keith Lemon: The Film’. Furthermore, he also has a credit as a producer. He has provided soundtracks for shows including ‘David Brent: Life on the Road’ and ‘Who’s Doing the Dishes?’. Similarly, he also appeared in the thirteenth series of ‘Strictly Come Dancing’. He has released 12 studio albums to date which includes ‘Come Fly with Me’, ‘White Christmas’, and ‘Angels & Demons’. In 2013, He won the TRIC Award. Additionally, he also garnered the HMMA Award nomination in the category of Best Song – Animated Film in 2014.

He has an estimated net worth of around $ 16 million at present and his salary hasn’t revealed yet.

Andre became part of a controversy after comments were made on an Instagram video of his children, Princess, Junior, and Amelia. In the picture, the children are seen using the gym and people argued that they were too young to get involved in the gym. Additionally, Andre also made the news after it was reported that he has banned Katie from seeing their children Princess and Junior. At present, there are no rumors concerning Andre and his career but In his past days, many rumors are coming out on media about his relationship with celebrities like Spice Girl Mel B. Laura Vasquez and Elen Rivas, etc.

Peter Andre has an average height of 5 feet 8 inches or 174 cm. His weight around 74 kg and his hair color is dark brown with light brown eyes.

Our contents are created by fans, if you have any problems of Peter Andre Net Worth, Salary, Relationship Status, Married Date, Age, Height, Ethnicity, Nationality, Weight, mail us at [email protected]