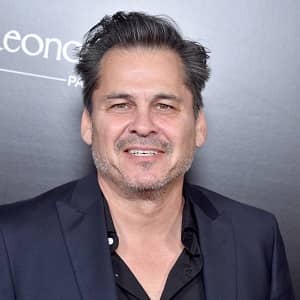 Peter Lenkov is a famous Canadian TV and film writer, producer, and comic book author. He is famous for his ‘Lenkov-verse’ which is a group of interconnected TV series. Moreover, he is also famous for writing R.I.P.D. and Fort: Prophet of the Unexplained, which are both very popular.

How old is Peter Lenkov?

Peter Lenkov was born on 9th May 1964 in Montreal, Quebec, Canada. As of 2020, his age is 64. He has not revealed the names of his parents. Lenkov has a younger brother named Jeff Lenkov, who is a successful California based lawyer.

How did Peter Lenkov pursue his career?

Peter Lenkov has played a huge part in the writing and production of various TV series such as La femme Nikita, Hawaii Five-0, 24, and CSI: NY. Moreover, he has also worked in films such as R.I.P.D. (an adaptation of his own comic series with the same name), Demolition Man, and Son in Law. His work in the TV series and 24 led to it being nominated for an Emmy in 2005 and his other TV series, the 2010 reboot of Hawaii Five-0 was awarded the Best New Drama at the People’s Choice Awards in 2011.

His comics R.I.P.D. and Fort: Prophet of the Unexplained, are also well written and have received praise from critics. He is also responsible for the creation of Metajets and Kung Fu Dino Rose, two new animated TV shows.

Lenkov has been praised constantly as a great screenwriter and has proved this time and time again. He is particularly skilled at reviving old TV shows and making them commercially successful.

What is the Net Worth of Peter Lenkov?

Peter Lenkov has an estimated net worth of around 700k dollars. He has earned a good amount of money from his career so far.

Who is Peter Lenkov married to? Wife, Children

Peter Lenkov is currently married with a total of 4 children. He is married to former actress Audrey England. We do not know when they got married or the names of their 4 children as the couple have remained very private regarding their personal life.
We also do not know about any of Peter Lenkov’s previous relationships.

Why was Peter fired from CBS?

Just recently in July of 2020, Lenkov has been fired by CBS after investigating multiple claims that he created a very toxic work environment. As such he is no longer the executive producer who oversees Magnum P.I and MacGryer and it’s been confirmed that CBS has officially ended its relationship with him. He was accused of being misogynistic and talked down to female writers as well as people of color.

Several inside sources have also claimed that he treated the men more favorably, but if he felt like it he would torture straight white men as well. He had been the subject of at least three complaints that accused him of being manipulative and abusive, which led to CBS’s investigation on the matter and eventual firing. After being fired he has released a statement, apologizing for his actions, and has taken responsibility for them and has promised to be better.

How tall is Lenkov?

Lenkov stands at a height of 5 feet 11 inches and weighs approximately 83 kilograms. He has black hair and brown eyes.

Our contents are created by fans, if you have any problems of Peter Lenkov Net Worth, Salary, Relationship Status, Married Date, Age, Height, Ethnicity, Nationality, Weight, mail us at [email protected]