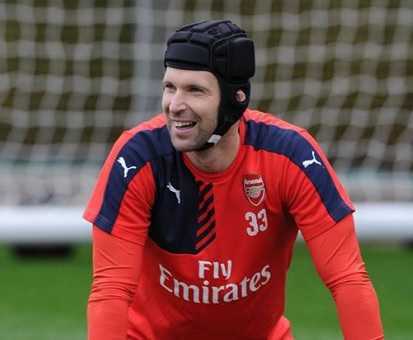 Petr Cech is a Czech professional football player who plays as a goalkeeper for Premier League club Arsenal at present. Cech is the former captain and most capped player in the history of the Czech Republic national team. He has previously played for Chmel Bisley, Sparta Prague, Rennes, and Chelsea. Cech was named Best Goalkeeper in the 2004-05, 2006-07 and 2007-08 seasons of the UEFA Champions League.

Petr Cech after 2-0 home win against Everton on Sunday stated that Arsenal under new manager Unai Emery is obsessed to win rather than to focus on playing style under former manager Arsene Wenger. Cech criticised Arsene way was never enough to win the league. Cech feels that the squad under Unai Emery is training with more intensity and more variety, developing a greater focus to win points in every match they play. Although losing first two league games, Arsenal has managed to win last four.

Petr Cech was born a triplet along with sister Sarka and a brother named Michal on May 20, 1982, in Pilsen, Czech Republic. Michal died at the age of two due to contraction of infection in the hospital. Cech has an elder sister named Marketa. Cech started playing football as a striker for Skoda Plzen at the age of seven. Skoda Plzen is renamed as Viktoria Plzen at present. Cech then chose to play as a goalkeeper.

Cech joined Chmel Bisany in June 1999 to play Czech First League. Cech moved to Sparta Prague in January 2001 at the age of 18. Cech broke the record of longest time elapsed without conceding a goal in the Czech professional league stretching his run to 903 consecutive minutes without conceding, a record previously held by Theodor Reimann. Cech joined French club Rennes in July 2002 for a transfer fee reported as 55 million Euro.
Chelsea signed a five-year deal with Cech in February 2004 and also became the most expensive goalkeeper in Chelsea’s history with a transfer fee of 7 million pounds.

No evidence of illegal payments found in the investigation, Cech was cleared for being potentially in breach of transfer regulations by 2006 football corruption investigation. Cech made his Premier League debut against Manchester United. Cech set a new Premier League record of 1,025 minutes without conceding a goal on March 5, 2005, later broken by Edwin Van Der Sar of Manchester United. Cech was awarded the Golden Glove at the end of the 2004-05 season for keeping a record 21 clean sheets in a single season when Chelsea conceded only 15 goals in the entire season.
Cech sustained a tragic head injury in a match against Reading when he collided with Stephen Hunt within the first minute of a Premier League match. Cech was taken off just in the seventh minute. Doctors reported that the collision nearly cost Cech his life and had to undergo surgery. Cech stayed out for three months. Cech then started to wear a rugby style headguard during matches and still continued to do so. Despite losing his first match returning from injury, Cech then managed to not to concede a goal for approximately 810 minutes and received Premier League Player of the Month on April 11, 2007. Cech underwent emergency surgery on his chin and lips after an accidental collision during training in April 2008 and missed 22 games due to injuries. Cech marked the 100th match without conceding a goal in November 2008 against Sunderland. Cech conceded the fastest goal in 2008-09 FA Cup final history but managed to win final over Everton.  Cech became the fourth goalkeeper to make 100th appearances in the UEFA Champions League on March 18, 2014, after Iker Casillas, Victor Valdes, and Oliver Kahn. With the arrival of Thibaut Courtois and Cech prone to injuries, Cech did not make starting 11 during 2014-15 seasons.

Arsenal signed Cech on a four-year contract on June 29, 2015, for a transfer fee of around 10 million pounds.

Last summer, things changed and I understood I was no longer the first-choice keeper, but I felt it was not the right time for me to go. During the season it became clear that my situation would not improve and, as I know I am not at the stage of my career where I want to be on the bench, I made my decision to move on and look for new challenges. Cech, via an open letter on Twitter, about his situation on Chelsea and his move to Arsenal. Cech made his 500th Premier League appearance against West Brom on April 21, 2016. Cech overtook the previous record set by David James keeping his 170th Premier League clean sheet against AFC Bournemouth on December 28, 2015. Cech became the first Premier League goalkeeper to keep 200 league clean sheets against Watford on March 11, 2018. Cech saved a penalty from Troy Deeney.

Cech started his international career for Czech Republic representing U-15 team in November 1997. Cech rose to prominence when he saved all except one in a penalty shoot-out against France at 2002 U-21 European Championships. Cech made his senior debut for the Czech Republic in February 2002. Later Cech represented Czech Republic in UEFA Euro 2004, 2006, 2012, and 2006 FIFA World Cup, winning most 124 caps for his country. Cech announced his retirement from international duty on July 8, 2016

Cech tied a knot to Dolejsova (now Cechova) in June 2003. Their daughter Adela was born on January 23, 2008, and a son Damian was born in June 2009. Cech is also a musician and plays a musical instrument, the drums. He speaks English, French, German, Spanish, and his native Czech languages. Cech has his own YouTube channel under his own name. Cech posts drum covers video on his channel. Some of his drum covers are Incubus’ Anna Molly and other songs of Coldplay and Foo Fighters. Cech has also played drums with Roger Taylor of Queen.

Our contents are created by fans, if you have any problems of Petr Cech Net Worth, Salary, Relationship Status, Married Date, Age, Height, Ethnicity, Nationality, Weight, mail us at [email protected]