Phoebe Waller-Bridge is an English actress, writer, playwright, and director. 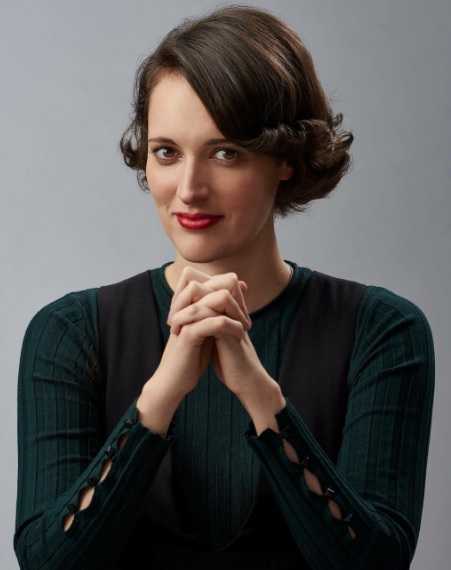 Phoebe Mary Waller-Bridge, popularly known as Phoebe Waller-Bridge is an English actress, writer, playwright, and director. She is best known for creating and starring in two sitcoms, Crashing, and Fleabag. She is also the writer and producer of the BBC America drama Killing Eve.

Second Season Of Fleabag To Return In May 2019

The second season of British comedy-drama television series, Fleabag is set to return this May. Amazon will begin its streaming on 17 May this year.

Its first season debuted three years ago in 2016. It was announced in August 2017 that the second season of the comedy-drama series would return only in 2019. Phoebe Waller-Bridge, who stars on the series is also the writer and creator of the series.

She attended a Catholic independent school for girls, St Augustine’s Priory in London Borough of Ealing. She then attended independent sixth form college DLD College London in Marylebone, London. She later graduated from the Royal Academy of Dramatic Art in London.

She made her acting debut in the play Roaring Trade at Soho Theatre in 2009.

She has then appeared in numerous plays including 2nd May 1997, Rope, Like A Fishbone, Tribes, Hay Fever, Mydidae, Fleabag, and The One.

She has also appeared in The School for Scandal, Imperceptible Mutabilities of the Third Kingdom, A Dance of the Forests, The Life of Timon of Athens, Is Everyone OK?, Crazy Love, and Twelfth Night.

She made her television debut in the British medical soap opera, Doctors in 2009.

She appeared in a major role as Chloe Astill in a British sitcom, The Cafe between 2011 and 2013.

She then appeared in Coming Up, London Irish, Bad Education, The Revengers, and Glue.

She wrote 2 episodes for a British sitcom, Drifters in 2014.

She appeared in a major role as Abby in the second season of the British crime drama, Broadchurch in 2015.

She is the creator and writer in 6 episodes of a British comedy-drama series, Crashing in 2016. She also starred in the sitcom.

She has been appearing as Fleabag in a British comedy-drama television series, Fleabag since 2016.

She has also written and created 6 episodes of Fleabag.

Fleabag will return for a second season in 2019.

She is the writer and creator of a British drama television series, Killing Eve since 2018.

Her work in Killing Eve was nominated for Primetime Emmy Award for Outstanding Writing for a Drama Series.

She made her theatrical film debut in a British-Irish drama film, Albert Nobbs in 2011.

She has also appeared in The Iron lady, Man Up, Goodbye Christopher Robin, and Solo: A Star Wars Story.

She voiced and performed droid L3-37 in the Star Wars film Solo: A Star Wars Story in 2018.

Phoebe Waller-Bridge was previously a married woman. She is married to a presenter and documentary filmmaker, Conor Woodman. They separated in 2017 and their divorce was finalized in 2018.

She lives in Kensal Rise, northwest London at present.

Net Worth of Phoebe Waller-Bridge

Phoebe Waller-Bridge, who is known for creating and starring in Fleabag and Crashing earns from working in the entertainment industry. She is also the writer and creator of Killing Eve that earned her critical acclaims. As of 2019, her net worth is estimated at $3 million.

Our contents are created by fans, if you have any problems of Phoebe Waller-Bridge Net Worth, Salary, Relationship Status, Married Date, Age, Height, Ethnicity, Nationality, Weight, mail us at [email protected]