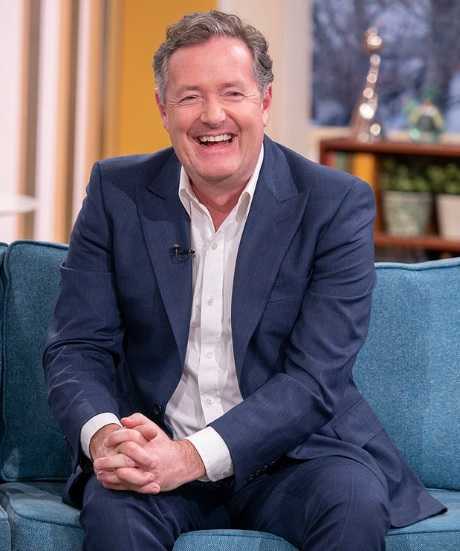 Piers Stefan Pughe-Morgan, popularly known as Piers Morgan is an English broadcaster, journalist, writer, and television personality. Priers, a British journalist turned TV presenter whose opinions and argumentative nature has famously annoyed several celebrities in the UK and the USA. He has served as a judge on Britain’s Got Talent, Britain’s Got More Talent, and America’s Got Talent. He is known for serving as a host for Piers Morgan Live from 2011 to 2014. Piers has a large social media fan base with more than 500k followers on Instagram and more than 7 million followers on Twitter.

WHAT IS PIERS MORGAN FAMOUS FOR?

– Piers Morgan is famous for his aggressive, ruthless, arrogant, evil, and obnoxious tactics in breaking stories.

– Morgan is one of Britain’s best-known media figures, winning “Celebrity Apprentice” in 2008.

WHO ARE PIERS MORGAN’S PARENTS?

He has a brother, Jeremy Pughe-Morgan who is two years older than him. Piers’s father was an Irish dentist originally from County Offaly while his mother was the one who raised her son as a Catholic.

His father Vincent Eamonn O’Meara died when Piers was just 11 months old and his mother later married Glynne Pughe-Morgan(step-father), who was a Welsh publican later in the meat distribution business. So, Piers took his stepfather’s surname “Morgan”.

HOW WAS MORGAN’S EARLY LIFE?

Morgan grew up in Southern England. He showed his affinity for journalism at the of 15, when he wrote an article for a local newspaper about his village’s cricket team.

Morgan was at the independent Cumnor House prep school between the ages of 7 and 13, then he studied at Chailey School, a comprehensive secondary school in Chailey, near Lewes, East Sussex.

After nine months at Lloyd’s of London, Morgan studied journalism at Harlow College in Essex. Morgan joined the Surrey and South London Newspaper Group in 1985, working as a reporter on the South London News, and the Streatham and Tooting News.

With regard to his and his family’s religious views, Morgan still identifies as a Catholic due to his mother’s influence, and believes in an afterlife, but does not “go to Confession, probably because it would take me too long”.

HOW WAS MORGAN’S JOURNEY TO HIS CAREER?

Piers Morgan was hired as the show business editor of the tabloid “The Sun” in 1989 after he worked as a reporter for papers in South London. “The Sun” magazine was the most widely read daily newspaper in the UK at that time.

The position allowed Morgan to socialize with celebrities, and he managed to boost his own public profile by frequently posing for photographs with them.

With the post in “The Sun”, he made his way of becoming like the “28th youngest national newspaper editor” in more than half a century. He quickly gained notice for his prying, forthright style, and lack of sympathy for celebrities’ privacy.

Morgan’s ambition and savvy were rewarded in 1994 when he was appointed by publishing magnate Rupert Murdoch to be “Editor in chief of News of the World”, the Sunday sister paper of The Sun aged 28. He quickly won attention for his enthusiastic pursuit of scoops and his penchant for pushing against journalistic standards in the process. A year later Morgan took over the editorship of the rival tabloid The Daily Mirror, which he ran in the same provocative vein.

A number of exclusive stories, such as an exposé of security at Buckingham Palace and a first look at the memoirs of royal butler Paul Burrell, positioned the newspaper at the forefront of the national conversation. At the same time, Morgan was often criticized for his brash style and his seeming disregard for privacy.

In 2000 a scandal erupted when it was discovered that Morgan had bought shares in a company shortly before The Daily Mirror’s financial column suggested that the firm was a good investment. Though he emerged from the situation unscathed,  another controversy arose four years later when the paper published photographs purporting to depict British soldiers mistreating prisoners in the Iraq War. After the images were revealed to be a hoax, Morgan was fired.

In 2006 Morgan was chosen by his friend Simon Cowell to appear as a judge on the American reality-TV competition “America’s Got Talent”. His biting wit and self-confidence in that role, which he filled for six seasons, led to further television opportunities,  including a seat (2007–10) on the judging panel of “Britain’s Got Talent” and his own interview program, Piers Morgan’s Life Stories, in which he grilled such public figures as singer “Cliff Richard” and Prime Minister “Gordon Brown”. The latter show, along with a monthly interview column for the British version of GQ magazine, attested to Morgan’s skill at drawing out celebrities’ personal lives. In 2011 he replaced Larry King as host of the flagship nightly talk show on “American news channel CNN”. The show struggled to maintain an audience, however, and was canceled in 2014. The following year Morgan began a stint as a co-host of ITV’s “Good Morning Britain”, along with Susanna Reid, Ben Shepherd, and Kate Garraway.

HOW IS MORGAN’S PERSONAL LIFE?

In 1991, Morgan married Marion Shalloe, who is a hospital ward sister. The couple is blessed with three sons: Albert Douglas Morgan, Spencer William Morgan, and Stanley Christopher Morgan. However, the couple split and got divorced in 2008.

Piers developed an affair with Mariana Hyde, “The Guardian” columnist in 2000. A series of inappropriate and sexual emails exchanged between Piers and Marina were made public that caused the breakdown of the journalist’s first marriage.  The couple’s extra-marital affair ended by 2005 and Marina continued her marriage with her husband.

Morgan than in June 2010, married his second wife, journalist Celia Walden. Celina Walden is the daughter of the former Conservative MP George Walden. Morgan announced in mid-2011 that the couple was expecting a child, and on 25 November 2011, Walden gave birth to her first child and Morgan’s fourth child Elise Morgan.

HOW MUCH IS MORGAN’S NET WORTH?

Piers Morgan, a famous international journalist, editor, broadcaster, and talk show host has an estimated net worth of £13 million: according to Spear’s Magazine.

Celebrity Net Worth has claimed this could be a slightly higher figure of around $20 million US Dollars (roughly £15,427,000).

WHAT IS MORGAN’S BODY MEASUREMENT?

Due to his advancing age, his hair has turned “Salt and Pepper”. Morgan has slightly hunched and square shoulders, with deep-set eyes with drooping eyelids.

Our contents are created by fans, if you have any problems of Piers Morgan Net Worth, Salary, Relationship Status, Married Date, Age, Height, Ethnicity, Nationality, Weight, mail us at [email protected]

Tags : #judge on Britain’s Got Talent