Pink is one of the most temperamental, bright, and unique pops and a rock star all over the globe. She burst into show business with a pink bush of hair. 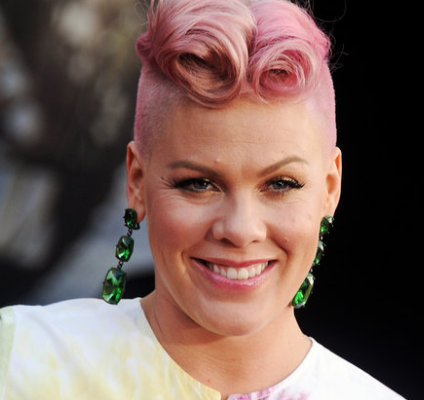 “I've always felt that animals are the purest spirits in the world. They don't fake or hide their feelings, and they are the most loyal creatures on Earth. And somehow we humans think we're smarter....what a joke.”

Pink is one of the most temperamental, bright, and unique pops and a rock star all over the globe. She burst into show business with a pink bush of hair. Now, if to have a look at this energetic singer it is difficult even to believe that in childhood she suffered from asthma. But through it all, she led an active lifestyle, played football, and liked gymnastics. To learn more about the singer, read below.

Who are the parents of Pink?

Back to his early life, Pink was born in Doylestown in Pennsylvania to her mother Judith Moore and her father James Moore, an insurance salesman of German and Irish descent. James Moore was Catholic whilst her mother is of Jewish descent. Her less popular birth name is Alecia Beth Moore. Alecia at birth looked like a very healthy child but she soon developed Asthmatic complications during her early years.

Regarding her education, Pink went to high school at Central Bucks High School West. She was exposed to her parent’s marital issues and before her 10th birthday, they were already divorced. At a very early age, Pink discovered that she had a flair for singing and joined her first band called the middle ground but the band did not last as it was soon disbanded after losing the battle of the bands.

When did Pink pursue her music career?

What are the achievements of Pink?

Who is the husband of Pink?

Reflecting on her personal life, Pink was a married woman. She married the professional motocross racer, Carey Hart, in Costa Rica on January 7, 2006. The couple first met at the 2001 X Games in Philadelphia.

After months of speculation, Pink announced in February 2008, that she and Hart had separated. Hart subsequently appeared in the video for her 2008 song “So What”, which deals with their separation. The couple sought marriage counseling during their separation in hopes of reconciliation. In February 2010, Pink confirmed that she and Hart were back together. Hart also appears with Pink in the music video for her songs “Just Give Me a Reason”, “True Love”, and “Just like Fire”.

How much net worth Pink owns?

Pink was the highest-earning touring female artist in 2013, amassing well over $20 million at that time. She also has occasionally shown her generous side, more so in November 2017 when she donated around $500,000 to aid those affected by Hurricane Harvey. That was incidentally when she released her 7th album “Truth about Trauma”. The superstar has sold a record number of over 40 million albums and has a staggering net worth of around $175 million at present.

How tall is Pink?

Our contents are created by fans, if you have any problems of Pink Net Worth, Salary, Relationship Status, Married Date, Age, Height, Ethnicity, Nationality, Weight, mail us at [email protected]