What is pocketing in a relationship? Why do people do it? Is it a new trend?

Not all romantic relationships are the same. Some are nice, while others appear nice initially and people may want to share the news with others or may want to keep it private. The latter trend is to keep relationship secretive until you are certain about it or are comfortable in it. This has given rise to a new term called Pocketing in a relationship. So what is pocketing in the context of a new romantic alliance?

What is pocketing in a relationship?

Guest co-host Justin Sylvester was on last Thursday’s episode of TODAY with Hoda and Jenna. He explained:

“Pocketing is when one person doesn’t acknowledge or post their boyfriend or girlfriend on their social media,”

Pocketing in a relationship seems to be an innocuous act in order to avoid extraneous factors from negatively affecting a budding relationship. But at times, it might lead to troubles. Justin explained:

“Girls, if you’re in a relationship and your man hasn’t posted you, nine times out of 10, you’re a sister wife,”

“And you didn’t even know it.”

Jenna got a bit concerned and asked Justin:

“OK, but I have a husband and he don’t post anything about me,”

“Does he need to get on Instagram just to put our love out there?”

To this, Justin replied:

“No. Don’t ever, ever walk your man into Instagram if he doesn’t have it.”

Justin also stated that social media has caused more issues in a relationship rather than helped it. Many of these are unnecessary. In dating apps, there is a feature that allows users to send messages to anyone they want. This is called sliding into DMs or direct messages. This could harm and strain relationship:

“There are some nasty people out there that will slide into someone’s DMs because they think your man is the one,”

According to Justin, the solution is:

“So keep him off of social media.”

But Justin concluded that pocketing is not good. This holds true when a couple is in a serious relationship. This type of behavior is a sign of how much your lover loves you or how much he or she feels for you. Justin said:

“This is the thing, ladies and gentlemen. I always say, if I’m in a serious relationship and we’re ready to take that next step and we have to have that exclusive conversation, then you should let the world know.”

And the dating expert answered:

“At least a story. Minimum,”

Can anyone be a victim of pocketing?

People may wonder and think that they cannot become victims of pocketing. But it could happen to anyone. Author Susan Winter told Today:

“Pocketing can happen to anyone in a romantic relationship with someone else. “

Also, read Kittenfishing: the latest trend on dating apps! What is kittenfishing?

But one should not pocket anyone because it could be hurtful for the person who is pocketed. She said:

“You can’t have it both ways. You can’t get the best of us in private and then hide us from the public. It makes the person feel like you’re ashamed of them, or that they’re inferior or inadequate and nobody wants to feel that way,”

Pocketing is not new. It has been happening since ages. It is only widespread now since people are doing it in social media. People do it since they do not want the new love to be in their inner circle at that time. Susan elaborated:

“if you never let somebody 100% in, you never really have to deal with letting them go in the same way that you would if you were in an official relationship,”

What is hardballing in dating? Is it a positive change?
Tags : #dating trend#Pocketing in a relationship#secretive love 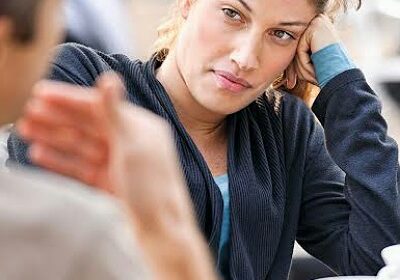