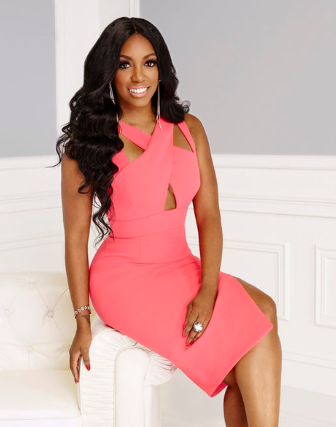 The American television personality, model, and actress is Porsha Dyanne Williams. She is popularly known as Porsha Williams. Her appearance in The Real Housewives of Atlanta since its fifth season in 2012 has risen her into prominence. She also appeared and finished eighth place on 2017 The New Celebrity Apprentice.

Porsha Williams’s real name is Porsha Dyanne Williams. She was born on 22 June 1981 in Atlanta, Georgia, United States. She was born to Hosea Williams II and Diana T. Williams. They both were self-employed entrepreneurs. She has two siblings named Lauren and Hosea. She attended Southwest Dekalb High School at Decatur, Georgia. After high school, she pursued a degree in business information technology at the American InterContinental University at Schaumburg, Illinois.

Williams height is 1.70 m and weight is 64 kg. Her eye color is dark brown and the hair color is black. She has a broad smile which makes her more charming. Overall, she has a balanced and healthy body.

Recently, Williams is a now engaged to his lover Dennis Mckinley. She made the engagement official via her Instagram account posing herself showing the grand diamond ring on her. On her earlier posts, she used to mention #DM, short for Dennis Mckinley on most of her Instagram post. Previously, She was rumored to be in a relationship with Dennis McKinley since 2018. The rumor became official when she announced that she is expecting her first child with him on 19 September 2018. She posted her photo on her Instagram account and announced the pregnancy. And she is happy and excited about the pregnancy beginning the new chapter on her life.

Before Dennis, she was married to football player Kordell Stewart in 2011. The couple married in an elaborate ceremony in May 2011, which was filmed and broadcast for the ‘WE tv’ television series ‘Platinum Weddings’. Through the marriage, she became the stepmother to his minor-aged son named Syre from his previous relationship with Tania Richardson. The couple did not have any child but she suffered from the miscarriage. Later due to the problems, the couple got divorced in 2013. She also got hospitalized due to the stress of divorce. She was also linked with Teodoro Obiang Nguema Mbasogo, president of Equatorial Guinea in 2014, LeSean McCoy, and NFL starts Duke Williams in 2015.

On 29 December 2014, she was arrested for speeding with a suspended license but was released the same day.

Our contents are created by fans, if you have any problems of Porsha Williams Net Worth, Salary, Relationship Status, Married Date, Age, Height, Ethnicity, Nationality, Weight, mail us at [email protected]