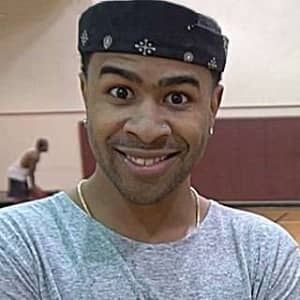 PrettyBoyFredo goes by the real name Alfredo Villa. He is a popular online NBA 2K gamer who has his own channel on YouTube. Alongside NBA, Villa is also known for uploading regular vlogs that are a mix of UFC games, pranks, challenges, social experiments, and much more.

PrettyBoyFredo was born as Alfredo Villa on August 20, 1993, in Palm Beach, Florida, U.S, and is currently 27 years old. During his childhood, he began with a gloomy start to his life as he was given up by his parents when he was just three months old. Even if he had parents, he spent his days at a foster home with his sister, LadyHoopStar.

Talking about his parents, his mother was a drug addict, and his father was an illegal immigrant from Costa Rica. Academically, he is currently attending the University of Central Florida. After schooling, he joined college and at the same moment, he developed his passion for online content creation.

How did PrettyBoyFredo rise to fame?

Alfredo Villa, or commonly known as ‘PrettyBoyFredo’ launched his self-titled YouTube channel in the year 2009. His first video dates back to the year 2014 which was eventually a huge hit. After being inspired by the reaction from the viewers, he began uploading new videos every two weeks. The videos which he uploads on YouTube were mostly regarding NBA 2K15 Xbox 360 review and the gameplay.

Sooner later, he implemented other content such as challenges and prank videos. To list some of his popular videos, ‘MYPARK UGLY JUMPSHOT CHALLENGE’, ‘HILARIOUS GF VS BF WHISPER CHALLENGE’, ‘NEW SPORTS CAR FOR CHRISTMAS PRANK’ ‘SPANK ME PRANK’ and ‘INSANE SHOCK COLLAR CHALLENGE’ are few of them. Moreover, Alfredo Villa began involving his girlfriend Jasmine in a lot of videos. One of the most popular videos of the couple was shot when Jasmine throws Villa’s PS4 into the pool.

How tall is Alfredo Villa?

The 27-year-old YouTuber stands tall at a decent height of 5 feet 11 inches. He appears to be quite tall in stature in his photos, relative to his surroundings, and has a moderate weight. With that said, details regarding his actual body measurements are currently not publicly available. Likewise, he has black hair and a pair of beautiful brown eyes.

How much net worth does Alfredo Villa hold?

As of the year 2020, Prettyboyfredo has assembled his net worth being a successful  YouTube star and Twitch personality. According to several media sites, his YouTube channel makes estimated earnings of $2.6K – $41.8K and $31.4K – $501.9K yearly. Meanwhile, he has accumulated an estimated net worth of about $1 million.

Who is Alfredo dating? Rumors and Controversies

As we all can agree on, Alfredo is a very good nature person by heart. Currently, he is in a romantic relationship with his girlfriend Jasmine Jade. Jasmine is a YouTube by herself. The two started dating since 2013 and are seen happily together ever seen. The two even have a collaboration YouTube channel under the name ‘The2Xfamily‘. Alfredo and Jasmine welcomed their first baby daughter Ava on November 11, 2017.

Talking about the rumors and controversies, there is a rumor about him being arrested for filming a  prank for his YouTube channel. Beside it, he hasn’t linked his name to any sort of controversies.

Our contents are created by fans, if you have any problems of PrettyBoyFredo Net Worth, Salary, Relationship Status, Married Date, Age, Height, Ethnicity, Nationality, Weight, mail us at [email protected]