Divorce is devastating especially for a woman who is forced to single-handedly take care of her children with the ex-husband. This is more so in a pseudo progressive land like India. Society looks down at divorced women and do not want them to get married. A recent survey done by the dating app Quack Quack found that more than half of the divorced women want to move on and find love again. Then why is society denying them this desire and right?

The dating app, Quack Quack conducted a survey on what divorced women desire in life after their split. They found that majority of such single women want to move on in life and date a different man.

The survey revealed that 55% of such female divorcees do wish to move on and seek new love in their life. Women are more affected by divorce especially in pseudo progressive societies such as India. They are traumatized and sad and get no help even from their own families. Their wishes are ignored. But as per this survey, more than 1 in 2 such ladies want to embrace happiness of life and look forward to exciting opportunities and offers in life. They want to forget the past sorrows and form a new bond. Instead of crying over a failed relationship, they want to get into a new relationship and give themselves a second chance.

Advantages of a new love

A second love would help them overcome the grief and depression post-divorce and get help in caring for their children from previous marriage. The new relationship could provide them new hope and renewed strength to look after their children in a better way. Children would also be happier and not feel lonely or different from their peers.

Such opportunities would make a complete family and all members would be happy. Divorces occur usually due to infidelity of one of the partners, communication failure, drugs, alcoholism, couple incoordination, domestic violence and abuse, dowry-related issues, and incompatibility. But instead of feeling some, a woman get move on and get happiness in life. But most of the time, societal pressures prevent her from reaching her happiness goals. Hope dating apps help her get the happiness she deserves.

The previous survey of the dating app

Quack Quack had in April 2021 done a survey in Bengaluru, Chennai, Hyderabad, Mumbai, Delhi NCR and other cities of India. It showed that an increasing number of women are comfortable to date online. Quack Quack reported an increase of 12% in women users in 2020. Also female users login to their account 48 times a day (average) while men users login only 24 times a day. To seek love, women chat with 25 users while men chat with only 10 users on an average. More women are happy to meet someone from other cities compared to men (52 vs 37% respectively).

“The survey report has some interesting insights into how dating culture is evolving with increasing involvement of women.”

45% women use dating apps to make new friends and 30% use it for a husband. While men use it more to find dates.

Dating apps are helping women seek love. Will Society change and match with them? 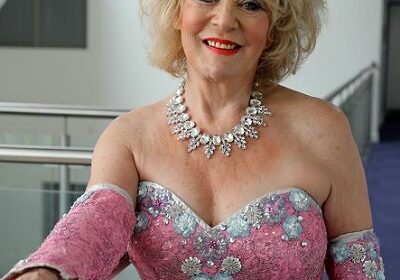