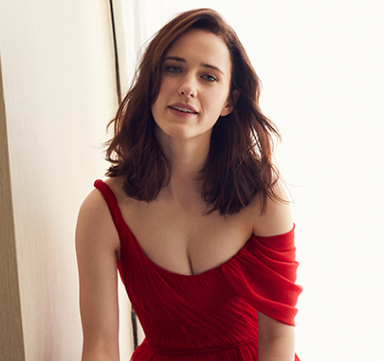 Rachel Brosnahan is an American TV & movie actress. She is a Golden Globe winner for her comic role in The Marvelous Mrs. Maisel.

Rachel Brosnahan was born in Milwaukee, Wisconsin as Rachel Elizabeth Brosnahan. She was born to parents Carol and Earl Brosnahan. Her father worked in children’s publishing. After the age of four, she grew up in Highland Park, Illinois. Additionally, she has a younger brother and sister. Rachel became interested in the world of acting since her childhood years. She is of American nationality. Furthermore, she belongs to a mixed ethnic background of Irish, English, and French.

The career of Rachel Brosnahan

Rachel Brosnahan initially appeared in the movie ‘The Unborn’ in 2009. Additionally, in the same year, she also appeared in another movie ‘The Truth About Average Guys’ as Molly. In 2012. She had the role of Samantha in the TV series ‘Mercy’. Additionally, she also played the role of Caitlin Fenton in the TV series ‘The Good Wife’ in 2010. Since then, she has appeared in numerous other movies and television series. All in all, she has over 30 credits as an actress.

Some other movies and television series that Brosnahan has appeared in are ‘The Marvelous Mrs. Maisel’, ‘Change in the Air’, ‘Boomtown’, ‘Patriots Day’, ‘Crisis in Six Scenes’, ‘Burn Country’, ‘The Finest Hours’, ‘Manhattan’, ‘Louder Than Bombs’, ‘The Dovekeepers’, ‘House of Cards’, ‘James White’, ‘Olive Kitteridge’, ‘Black Box’, ‘The Blacklist’, ‘A New York Heartbeat’, ‘Grey’s Anatomy’, ‘Nor’easter’, and ‘In Treatment’ among others.

Awards and Achievements of Rachel Brosnahan

Rachel Brosnahan won the Golden Globe Award in 2018 for her performance in ‘The Marvelous Mrs. Maisel.’ Additionally, she has also won the Primetime Emmy Award, Critics Choice Award, Gold Derby TV Award, and OFTA Television Award among others.

Similarly, she got a nomination for her role played in ‘House Of Cards’ in ‘The Emmy Awards’ for Outstanding Guest Actress in Drama Series.

Net Worth of Rachel Brosnahan

Racheal Brosnahan has not revealed her current salary. However, she has an estimated net worth of around $ 3 million at present. But her salary was not disclosed yet.

Rachel Brosnahan was a married woman. Her husband’s name is Jason Ralph. In 2015, they met each other while the two were working on the television series Manhattan together. Ever since then, they’ve been an item but have kept their relationship private. Later, the couple married in the year 2018.

Previously, she also dates Kyle Gallner. Later they broke their relationship. Similarly, it is rumored that she might be dating actor Michael Zegen. As of now, she is happily live with Jonson Ralph.

Talking about her body measurement, Rachel Brosnahan has a height of 5 feet 3½ inches or 161 cm. Additionally, she weighs around 52 kg or 114.5 lbs. She has a body measurement of 36-25-36 inches. Furthermore, her hair color is dark brown and her eye color is blue. In addition, her shoe size is 6 (US) and Bra size is 32D.

Our contents are created by fans, if you have any problems of Rachel Brosnahan Net Worth, Salary, Relationship Status, Married Date, Age, Height, Ethnicity, Nationality, Weight, mail us at [email protected]