Barros is the executive producer, chief marketing officer, and the host of "Gearhead Diva" 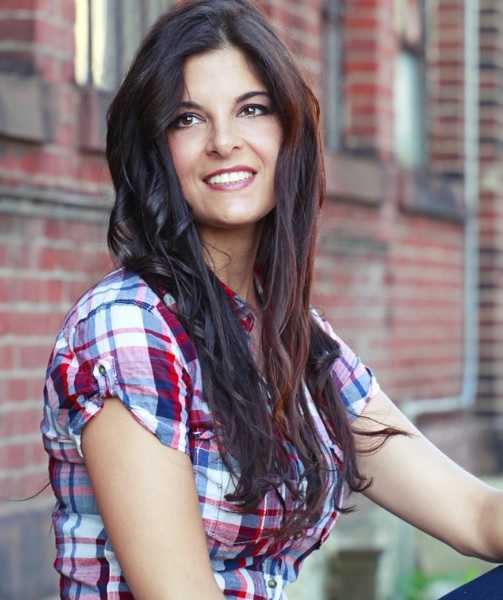 The marketing specialist and automotive enthusiast, Rachel De Barros is a personality who defies the stereotype of women being weak and incapable to do work as a man could do. Barros is also the executive producer, chief marketing officer, and the host of “Gearhead Diva”.

What is Rachel De Barros famous for?

– Rachel De Barros is famous as an automotive enthusiast and a co-host of the famous show “All Girls Garage”.

When was Rachel De Barros born?

Barros was born to Brazilian parents who came from Feliz Natal in Brazil. Her father was an electrician. She has one sister with whom she is extremely close. Her uncle was the owner and director of the Auto body repair shop in Washington DC.

Rachel carries major respect and love for her family, even if she doesn’t speak so much about them in public.

40 years aged, Barros hails from Feliz Natal, Brazil but was born and raised in America. Her nationality is American. She has a mixed ethnicity of Brazilian-American.

Since her childhood, she was interested in learning about vehicles. In 1996, she started to study at Ohio University but she didn’t forget about her passion and continuously tried to offer her services as a mechanic.

Then, she graduated from “Ohio University” in 2000 with a degree in Marketing.

How is Rachel De Barros’s career?

Rachel got all the skill set of an experienced marketer and the knowledge and experience for repairing cars after she did her enrolling programs. She previously used to repair her fellow student’s cars while she was in college.

She has been part of numerous aftermarket companies as a spokesperson and product experts. She has been a member of “SEMA Businesswomen’s Network” and also “SEMA Young Executives Network”.

Being a woman, nobody believed in her skills of mechanics first, so she had to overcome a lot of obstacles until she gathered a few clients, by presenting herself with the name “Jimmy”, which obviously got more attention than “Rachel”.

“The Bachelor of Arts” she has in marketing turned out to be very useful because she has built her entire career on a successful combination of high-quality knowledge in marketing, and a big passion for automobiles.

Rachel besides being a spokesperson for various aftermarket companies is also involved in creating marketing strategies for others, thus Rachel founded her own company “Purple Star Media, LLC” in May 2006. Her company got successful day by day and she herself became a little star in the domain known as the brilliant marketer and a great specialist in Mechanics.

And because of her talent and passion for the mechanics, she was hired by the reality show “All Girls Garage”, where she defies the stereotype that women aren’t strong and skilled enough to sort things out under the hood.

Eventually, after years of owning her own company, Rachel expanded into television as part of her vision of building a community of car building men and women. Her show, “All Girls Garage” aired its first episode on the Velocity network on the 3rd of March 2012 which got a tremendous success day by day.

The show has remained on-air with over five seasons released thus far.

Rachel is known for deconstructing, repairing, disassembling, and assembling everything from motorcycles to the most powerful and complex engines. She hosts the reality show along with – Sarah Lateiner and Cristy Lee.

The show is more than a TV entertainment show, as Rachel built it around like a real DIY community and educational network for car-building lovers especially.

Furthermore, she gives people interesting practical information about basic electrical and technical procedures, such as installing bolt-on products, wiring diagrams, and simple electrical circuits. Since 2015 Rachel has been inspiring young people to use everything they have in their garage to achieve their goals.

The beautiful lady Barros is single at the moment. She keeps her personal life as a secret gem. And when it comes to love or relationships, she seems to be interested only in her cars and auto tools.

What is the net worth of Rachel De Barros?

The co-host of the “All Girls Garage” show, Barros has an estimated net worth of $1.5 million as of 2019. She also has been gathering the revenue as being the President and CEO of her own company Purple Star Media, LLC.

She earns her income also as a spokesperson for various auto-related products.

How tall is Rachel De Barros?

Rachel has a fair complexion with dark brown hair and dark eyes.

Our contents are created by fans, if you have any problems of Rachel De Barros Net Worth, Salary, Relationship Status, Married Date, Age, Height, Ethnicity, Nationality, Weight, mail us at [email protected]