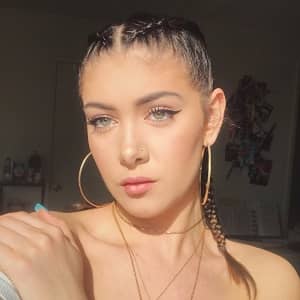 Rachelle Maust is a popular American Youtuber and social media personality. She is very popular on the internet thanks to her Youtube channel in which she posts a variety of content such as vlogs, original and cover songs, etc.

When was Rachelle Maust born?

Rachelle Maust was born on the 4th of November, 1998 in the U.S. As of 2020, her age is 22. Her nationality is American and her ethnicity is Caucasian.

Rachelle has kept the information about her parents private and as such, she has not even revealed their names. But she has featured her siblings many times in her vlogs. Her two siblings include a younger brother Luke and a younger sister, Kailey.

Rachelle’s education is also a subject of mystery. She seems well educated and her vlogs suggest that she is attending college, but she not revealed the exact details on the matter.

How did Rachelle Maust build her career?

Rachelle started her journey on Youtube with the channel, Ashley and Rachelle, along with her former best friend Ashley Rae Bridge on the 3rd of January, 2016. The two would post vlogs, Q&As, storytimes, and a variety of other content on the channel. Their energy and charm were loved b the audience and soon their entertaining videos made them popular on the platform. Unfortunately, this channel was deleted sometime in 2019 after the duo broke up and stopped talking to each other.

Thanks to the popularity Rachelle built early on, her own eponymous channel gained a lot of subscribers in a short amount of time. At the moment, her channel has over 216k subscribers and over 7 million total views. Her content includes vlogs, original and cover songs, challenges, etc. She has posted a couple of original songs on her channel such as Y.G.M.F.U. and Craving You, which have received a positive response. She also does many covers and her beautiful voice has also gotten her a lot of fans.

On top of this, she also has a second channel with her boyfriend, Rachelle and Zach, which is also focused on vlogs and couple challenges and pranks. Rachelle is also a personality on Instagram as well as Twitter with a massive number of followers.

What is Rachelle Maust’s net worth?

What are Rachelle Maust’s physical statistics?

Rachelle is blessed with stunning looks and has a slim and fit figure along with light brown eyes and blonde hair. She has not revealed her physical statistics such as height, weight, or body measurements as of now.

Who is Rachelle Maust dating?

Rachelle Maust is currently in a relationship with her boyfriend Zach Conley. The two have been together for over 2 years and it looks like their relationship will last. The two have great chemistry, are comfortable with one another, and always treat each other with lots of love and respect. The couple even share a Youtube channel and Zach is constantly featured on Rachelle’s social media as well.

Rachelle Maust is active and popular on social media. Her stunning looks, charm, and likable personality has gotten her over 218k followers on Instagram and over 335k followers on Twitter.

Our contents are created by fans, if you have any problems of Rachelle Maust Net Worth, Salary, Relationship Status, Married Date, Age, Height, Ethnicity, Nationality, Weight, mail us at [email protected]