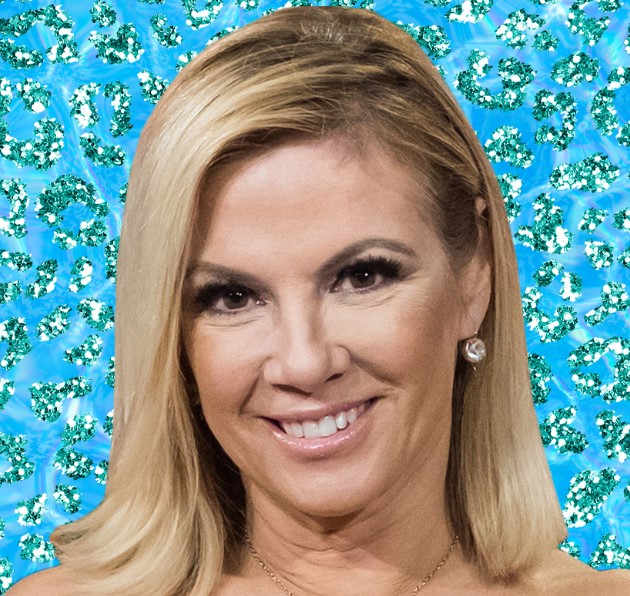 Ramona Singer is an American television personality and fashion entrepreneur. She is best known for starring in the Bravo TV reality television series, The Real Housewives of New York City. She is one of the original cast members of the series and has been starring in every season of the series. The series will complete its 12th season in 2020. Alongside her television career, she is one of the successful businesswomen in the fashion industry. She has her own lines of skincare, jewelry, and wine. She has a daughter Avery Singer from her marriage with ex-husband, Mario Singer.

The RHONY star has over 807k followers on her Instagram @ramonasinger.

What is Ramona Singer Famous For?

Where was Ramona Singer Born?

Ramona Singer was born on 17 November 1956. Her birth name is Ramona Mazur. Her birth place is in Rhinebeck, New York in the United States. She holds an American nationality. She was born to a father, Bohdan Mazur, and a mother, Veronika Mazur. She belongs to white ethnicity and has Polish ancestry. Her siblings are Sonya, Bohdan, and Tanya. Her zodiac sign is Scorpio.

She attended the Fashion Institute of Technology and graduated with a Bachelor’s degree in marketing.

Ramona Singer was married to Mario Singer. The couple first met at a gym where they both went regularly. While dining at a restaurant with her sister, Mario approached her and asked, “Aren’t you the girl who wears the black G-String with the green ruffle?” She answered “Yes”. The couple soon started dating and eventually got married in 1992. The couple shares a daughter, Avery Singer, born in 1995. The couple divorced in 2016.

Ramona is reportedly dating Andrew Catapano. Andrew is a finance executive and ex-convict. He was sentenced to 10 months in prison in 2009 for fraud charges for bribing union officials and a Con Edison employee in a multi-million dollar scam to cut costs for his Queens-based company, AFC. The two were seen together leaving the American Hotel Restaurant in Sag Harbor in July 2020. She wrapped both her arms around Andrew and kissed him. Seems like the two have taken their relationship to a new level. Earlier in October 2019, they were rumored to be dating. But, Ramona had denied the rumors back then. This, she has yet to confirm that they are dating.

Today, Ramona Singer is one of the successful entrepreneurs and one of the popular television personalities. After studying fashion, she started her career in the fashion business, eventually starting her own business. She now has her own line of jewelry, skincare, and wine.

Having successfully established herself in the fashion industry, she was cast in the Bravo TV reality series, The Real Housewives of New York City. She has been one of the main cast of the series since its 1st season. She obviously gets a handsome salary for her appearance on the series. She also made income from her book sales. In conclusion, Ramona Singer made her fortune on her own. Her net worth is estimated at $18 million.

Our contents are created by fans, if you have any problems of Ramona Singer Net Worth, Salary, Relationship Status, Married Date, Age, Height, Ethnicity, Nationality, Weight, mail us at [email protected]