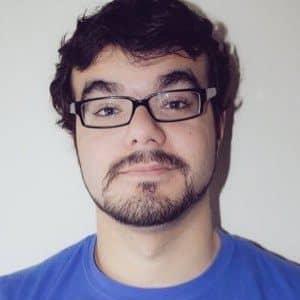 Ray Narvaez Jr is a famous internet personality and a YouTuber from America. He is most famous for his streaming videos on his Twitch account. Additionally, he is a content creator and editor for Achievement Hunter who also appears in several of the company’s shows.

Where was Ray Narvaez Jr born?

Ray Narvaez Jr was born on the 15th of September, 1989, in Manhattan, New York, US. He is American by nationality and is currently 31 years old. Talking about his early childhood and family, both of his parents were immigrants from Puerto Rico and from Caucasian ethnicity.

Ray stated that he started playing video games when he was only two years old and had to begin wearing glasses at the age of five.

Academically, he never was onto studying and quitted Queens College after attending it for a year. He even mentions that his parents were mad about it and had to make his own money.

How did Ray Narvaez Jr rise to stardom?

During the initial days, Ray Narvaez Jr worked as a bar server in New York, then as a delivery truck driver for UPS. After that,  he started working for the GameStop Corporation based in New York, which he left after two and a half years. He stated that his new boss gave Ray some unfair working hours so he decided to quit.

After he quitted the job, he shifted to Texas where he started to work for the Rooster Teeth in the Achievement Hunter division. During his work there, he did the hardest achievements because none of his friends could do them. Eventually, he appeared in two of their shows, “On the Spot” and “X-Ray and Vav”, which were both shots in 2014.

As of now, he resides in Texas but doesn’t work for Rooster Teeth anymore as he decided to become a full-time streamer on Twitch. However, he still voices for his character in “X-Ray and Vav”.

Ray was considered to be one of the best gamers that worked for Rooster Teeth and is one of the top 100 people for his highest Xbox Gamerscore. We can still see him play games such as “Enter the Gungeon”, “Grand Theft Auto IV” and “Pokemon Red/Blue” on his Twitch account. Additionally, he mentions “Tetris DS” to be his favorite game of all time.

How much net worth does Ray Narvaez Jr hold?

As of the year 2020, Ray has amassed more than 530K subscribers on his Twitch account. According to the number of subscribers, he makes an annual earning of about $200,000. This earning does not include any donations which he is likely to be receiving.

Moreover, his YouTube channel has reached about 539K subscribers and more than 100 million views. And according to several media sites, this earns him about $40,000 per year. Additionally, Ray has collected a total net worth of about $600,000.

Referring to the love life of the 31-year-old gamer, he is currently married to Tina Dayton who is a YouTuber and a Twitch streamer as well. According to several reports, the couple started dating each other since April 2014 and married in early March 2020, after 6 years of dating. The couple is currently living happily together in Austin, Texas with their Shiba-Inu dog, Charlie.

How is his physical appearance?

As of today, Ray is 31 years old. He stands tall with a decent height of 5 feet 9 inches and weighs about 75 kilograms. However, there is no information on his other body measurements such as chest-bicep-waist size. Moreover, his body features of short black hair, a short black beard, and a pair of brown eyes over which he wears glasses all the time.

Our contents are created by fans, if you have any problems of Ray Narvaez Jr Net Worth, Salary, Relationship Status, Married Date, Age, Height, Ethnicity, Nationality, Weight, mail us at [email protected] 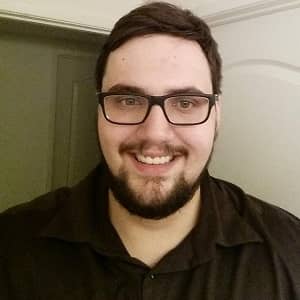