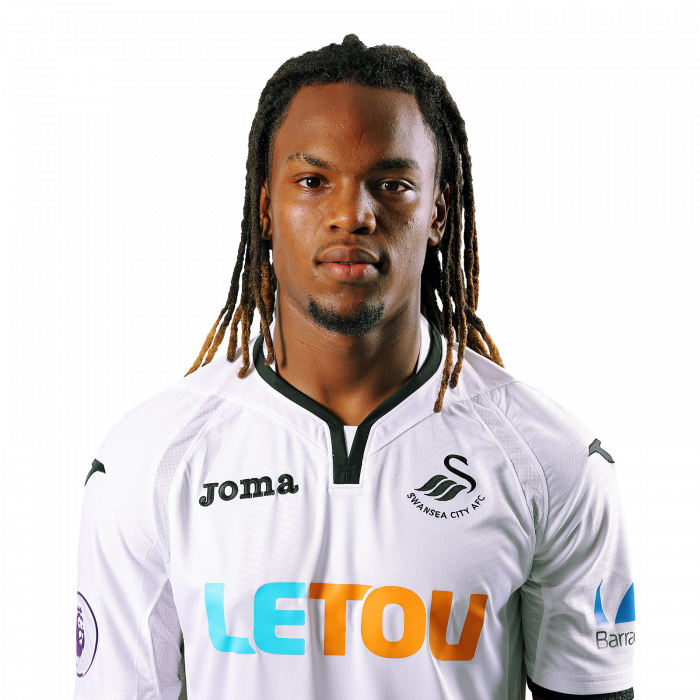 Renato Junior Luz Sanches, one of the popular professional football Players is popularly named Renato Sanches who plays for Bayern Munich, German club, and the Portugal National Team. He is a well-known celebrity. He is famous for his contribution to professional life. He is best at the position of midfielder. Currently, he is playing in Swansea city. Previously, he played for Benfica. His Shirt number is 36 for Bayern Munich and 16 for the Portugal team. He had represented himself in Russia for the World Cup 2018 as a part of the Portugal team by showing his talent to all. Sanches played with the Portuguese national team at UEFA Euro 2016 and won the title. He is the youngest Portuguese player to play in an international tournament. He is also the winner of the 2016 Golden Boy Award.

On 18th August 1997, Renato Sanches opened his eyes first time in Amadora, the city of Portugal. As he was born to a Portugal family, he holds a Portuguese nationality. His star sign is Leo. He is the son of Renato Sanches and Maria da Luz Das Dores, his parents. He was nicknamed “Bulo” by his grandmother. He was determined to make his career in the football world since his childhood. He is one of the very talented football players. At the age of 9, he began his career in football with the team S.L Benfica.

Renato has got very attractive body features. He is a very handsome person. His tall height is 1.76 meters or 5 feet 9.5 inches tall. He weighs 70 kg. His other body measurements are unknown. His eye color is dark brown and the hair color is black. He has a very balanced body with a charming smile attracting a lot of followers towards him.

By joining, Benfica F.C he started his professional football career in 2014-2015. On 1st November 2015, he made his debut on the senior team against the club Tondelo. Again on November 19, he made a new contract with Benfica till 2021. For this club, he made his very first goal in the year 2015 on 4th December against the club, Academica which made him recognized as Benfica’s youngest player. Altogether he played for 58 matches and 5 goal kicks for this club.

Later on 2016, 10th May, he was shifted to Bayern Munich where he was dealt for the five-year contract for this club, and in this club, he made his debut against Schalke FC on 9th September 2016. Due to his performance, he also becomes the first player for Portugal to win the Golden Boy award on 24th October on the year of 2016.

Sanches, however, made his professional debut on 10 November 2016 against Newcastle United though he was further sent on a loan to Swansea City for a year.

On 1st July 2018, he returned to Bayern Munich. He scored his first goal for the club on 19th September, finishing James Rodríguez’s cross in a 2-0 Champions League group win at his former club Benfica.

Passing through different circumstances, he became one of the key players for the Portuguese national team that won the Euro 2016 and represent his national side Portugal, winning 13 caps scoring a single goal. This achievement made him a valuable diamond of the Portugal team His name was also enlisted in the squad of the Portugal National Team in this World cup 2018 Russia. He had recently played in the World cup. He is the active player in this World cup.

At the age of 20, he started his career being a single man. He didn’t get engaged in any affairs, and just focused on his career. He is fond of visiting several places. He is also a very secretive person. There are no rumors of him with any lady and also he has not spotted in public places.

Recently, it is revealed that he is currently having a secret affair. The name of his girlfriend is unknown. He also has a three-year-old child named Jaysson.

Net Worth of Sanches

The net worth of Sanches is estimated to have £2.5 million in 2017 with all of his properties and incomes. He is receiving an annual salary of $2 million from his present club. His weekly salary is £50,000. He is earning a good amount of money from his career and also he is enjoying his life with the money he earned from. His major source of income is from his football career. Hope his net worth will be £10 Million as of 2019.

Our contents are created by fans, if you have any problems of Renato Sanches Net Worth, Salary, Relationship Status, Married Date, Age, Height, Ethnicity, Nationality, Weight, mail us at [email protected]