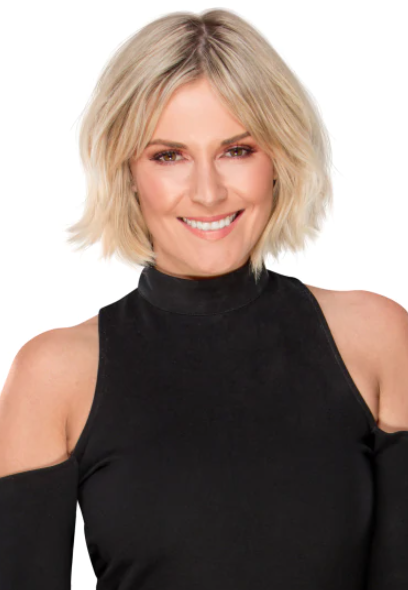 Renee Young is a famous Canadian television host and personality as well as the wife of Dean Ambrose who is a professional wrestler and the current and longest-reigning AEW World Champion. Initially, she worked for BiteTV, where she presented a show about extreme sports and music called “Rippin’ It-N-Lippin’ It” during 2008 and 2009. After that, she began working for The Score Television Network in 2009 on a program called Right After Wrestling, later renamed Aftermath. After that, she signed with the American professional wrestling promotion WWE in October 2012. She is famous for her time in WWE under the name Renee Young, where she served as a commentator, presenter, and interviewer. She is best known as the host and backstage interviewer of WWE, appearing for both the SmackDown and the Raw brands. She has terrific presenting and interviewing skills. Millions of people who watch wrestling shows, both on the TV or live, get mesmerized by her hosting abilities. She has also appeared as a main cast member on the reality television series “Total Divas”.

Recently, the TV host as well as personality, Renee has weighed in on her post-WWE plans in a podcast interview with Sports Illustrated, including whether or not she plans to go to AEW. The answer is: she doesn’t really know yet. But she did address the way fans like to speculate on it. “Literally, the second anybody leaves WWE or is fired or whatever, it’s like ‘Oh, they’re going to AEW. She did say that going to AEW is something she would consider, though it may take a while since her non-compete clause is apparently much longer than 90 days. “I never say never to anything,” Young said. “I do have a non-compete that’s for quite a while. So if anyone’s expecting me to show up in 90 days, they’re gonna be waiting a bit longer than that. So yeah, I think everything they’re doing there is great. I think there could be a ton of spots I could step in and work and do some stuff there.” Renee’s husband, Jon Moxley (formerly known as Dean Ambrose), made the shift to AEW last year. Renee revealed that it was difficult for her to work in the absence of Moxley.

What is the Birthplace of Renee Young?

On 19th September 1985, Renee Young was born in Toronto, Ontario, Canada. Her birth name/real name/full name is Renee Jane Paquette. As of 2019, she celebrated her 34th birthday. Her nationality is Canadian and her ethnicity is Canadian-White. Her race is White. Virgo is her Zodiac sign and her religion is Christian. After high school, she applied to several colleges and began training in improv comedy. She relocated to Los Angeles to pursue a career as a comedic actress when she was 19, but later she moved back to Toronto and auditioned for films, music videos, and commercials there instead. Information about her parents, siblings, childhood has not been revealed yet by Renee Young.

How was the Career of Renee Young?

Awards and Achievements of Renee Young

Renee Young is a television host and personality. With her career as a TV personality, she has accumulated a huge amount of money. As of 2020, the net worth of Renee Young is estimated to have $6 Million whereas the exact details about her salary is still under review. There is no doubt in the mind of her followers that she is making a good amount of salary from her present work. As of today, she is satisfied with her earnings and she is living a luxurious lifestyle. Her major source of income comes from TV host and personality career. She has done commercials for Oxy and Noxzema.

Who is Renee Young married to?

Regarding the marital status of Renee Young, she is a married woman. She got married to her husband, Jonathan Good, better known as Jon Moxley as well as by Dean Ambrose. The duo started dating since 2013. They later married at their Las Vegas home in an impromptu ceremony in the early hours of 9th April 2017. She married Dean Ambrose at midnight at 1 am on Sunday. They both called the 24 hours Pastor and also called a friend of them to be witnessed and they got married. At present, the duo is residing in Las Vegas, Nevada, the USA. The couple is enjoying their married life happily without any disturbances. Her sexual orientation is straight.

How tall is Renee Young?

Renee Young is a very hot and sexy lady with a charming personality. Not only a pretty face but also an ultra smoking hot body makes her so enviable. She has got a tall height of 165 cm or 1.65 m or 5 ft 5 in. Her balanced bodyweight consists of 55 Kg or 121 lbs. Her body build is athletic. Her body measurement is 34-26-36. Her hair color is blonde and her eye color is brown. She has an astonishing personality. She looks absolutely attractive and stunning whenever she flaunts off her seductive hot pair of legs and feet in sexy short dresses. She stated in June 2020 that she had tested positive for COVID-19. Thankfully, Renee recovered soon after. There’s no word yet as to where she will be heading in the coming days.

Our contents are created by fans, if you have any problems of Renee Young Net Worth, Salary, Relationship Status, Married Date, Age, Height, Ethnicity, Nationality, Weight, mail us at [email protected]