The Barbadian singer, businesswoman, fashion designer, and actress, Rihanna is a famous pop icon and one of the most influential contemporary artists in Hollywood. 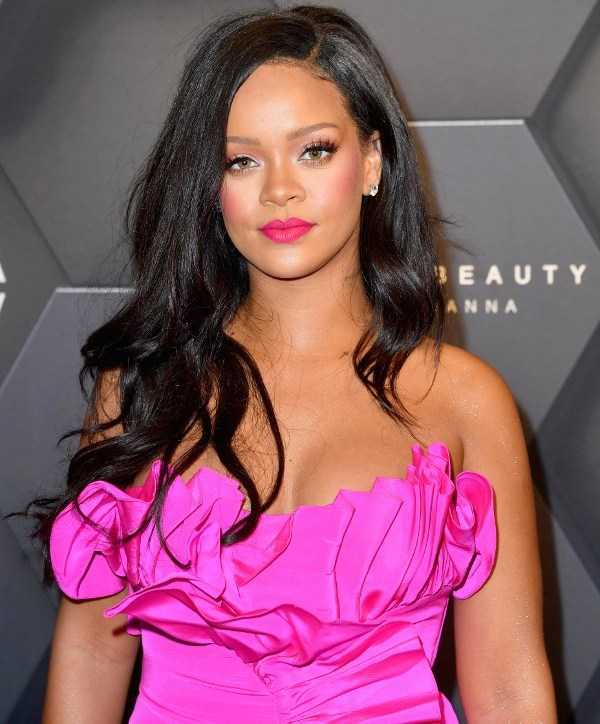 I want to give people a taste of the Caribbean, and show them the fun side of me.

Dancing was always part of my culture growing up in Barbados. When I shot my 1st video I worked really hard with my choreographer to perfect the routines.

People think, because we're young, we aren't complex, but that's not true. We deal with life and love and broken hearts in the same way a woman a few years older might.

The Barbadian singer, businesswoman, fashion designer, and actress, Rihanna is a famous pop icon and one of the most influential contemporary artists in Hollywood.  Rihanna recently was declared as the “World’s Wealthiest Female Musician”.

What is Rihanna famous for?

– Famous as the versatile singer and iconic pop star.

Rihanna was the title of the headlines of the news back then when she was with her then-boyfriend Chris Brown. She had to bear physical abuse and even got injury marks on her face.

Her performance was canceled at the 51st Annual Grammy Awards because of that ugly incident. Brown was imprisoned and punished well.

There also had been many gossips related to her videos because of nudity and explicit content. Rihanna was also rumored to be dating many celebrities such as Jay-Z, Shia LaBeouf, and Leonardo DiCaprio.

When was Rihanna born?

Rihanna was born on 20th February 1988 in Saint Michael, Barbados. Her birth name is Robyn Rihanna Fenty. Her ethnicity is mixed(Afro-Guyanese, Afro-Barbadian, and Irish descent) and her nationality is Barbadian. Pisces is her zodiac sign.

She was born in a middle-class family to Ronald Fenty(father) and Monica Braithwaite(mother). Her father is a Warehouse Supervisor while her mother is a retired accountant. Her parents got divorced later.

She has two younger brothers named Rorrey and Rajad, she also has two older half-sisters and a half-brother.

She was raised in Bridgetown. Her childhood was difficult however, she loved music from a young age and began singing at the age of 7. She did her schooling at “Broome Memorial Primary School” and “Combermere High School”.

Further, her dad, Ronald Fenty abused her during her childhood.

How is Rihanna’s Career?

– Rihanna started her singing career as a musical trio in the music world in 2003. She got quickly recognized in 2005 by an American record producer, Evan Rogers, and then immediately was signed to “Syndicated Rhythm Productions” by the CEO of Def Jam Records, Jay-Z.

– Rihanna released her first album “Music of the Sun” in 2005 at the age of 16 and later she released her second album “A Girl Like Me”.

– In 2007 Rihanna effected a transformation from a cute teen pop princess to a superstar and sex symbol with her third album, “Good Girl Gone Bad”. After then she sang numerous Popular Albums Songs: “Umbrella”, “Take a Bow”, “Disturbia”, “Only Girl”, “S&M”, “We Found Love”, “Stay”, “Diamonds”, “Live Your Life”, “Love the way you like” and “The Monster”.

– She especially enjoyed singing and won a high-school talent show with a rendition of a Mariah Carey song.

– Rihanna gained number fourteen one singles position on the Billboard Hot 100 being the youngest singer. She has sung a total of thirty-one top-ten single songs.

– In 2017 Rihanna scored another no. 1 hit as a featured artist on DJ Khaled’s Wild “Thoughts.”

– Rihanna also worked in movies: the sci-fi flick “Battleship: (2012). She provided her voice to the lead character in the animated blockbuster “Home” (2015).

– Rihanna acted in 2017 in “Bates Motel-season 5”. She received a key role in the science fiction movie “Valerian and the City of a Thousand Planets”.

– “Most Streamed Female Artist of All Time”.

Who is Rihanna Married to?

Rihanna has dated many celebrities to date. She first dated Negus Sealy at the age of 12 till 2003.

Then she came to the headlines while dating Chris Brown, a famous singer from 2007. However, the relationship reunited and broke many times and, the couple finally broke her relationship in 2013 after 6 years long relationship.

What is the net worth of Rihanna?

The fab singer, has an estimated net worth of $600 million as of 2019, thus making her the “World’s Wealthiest Female Musician”. Rihanna makes a great fortune through her albums but most of her money comes from brand partnerships and her “Fenty Beauty” brand.

Additionally, she also has her own lingerie line, her own beauty line, and now, her own luxury clothing line based out of Paris.

How tall is Rihanna?

The beautiful singer, Rihanna has a well-maintained perfect slim curved body figure. She stands tall with a height of 5ft 8inches(1.73m) and her body weighs 60Kg(132 pounds). She has a body measurement of 34-24-36 inches. She has dark brown-dyed black hair color and green eyes.

Our contents are created by fans, if you have any problems of Rihanna Net Worth, Salary, Relationship Status, Married Date, Age, Height, Ethnicity, Nationality, Weight, mail us at [email protected]