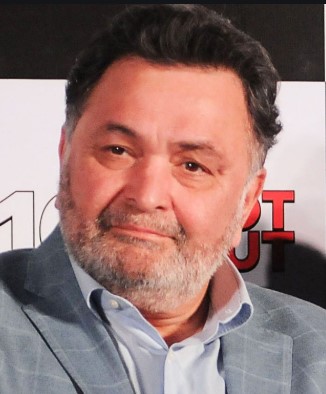 Rishi Kapoor was a Legendary Indian actor, director, and producer who was known for his significant contributions to the Bollywood industry. He was the 3rd generation actor from Kapoor Bollywood Dynasty. Having started his career at an early age, he went on to appear in over 100 films during his entire career. He was one such actor who had seen the evolution of the Hindi cinema from Black & White to the Modern Color cinema. Sadly, the legendary actor passed away in April 2020, a day after another well-known actor, Irrfan Khan died. He received the National Film Award for his debut role as a child artist in his father’s 1970 film, Mera Naam Joker. He later went on to win numerous honors for his contributions. Today, let’s explore the interesting facts about him through this article.

What is Rishi Kapoor famous for?

Who are the parents of Rishi Kapoor?

Recalling his early life, Rishi was born in Bombay, Maharashtra, India to his parents, Raj Kapoor and Krishna Malhotra as Rishi Raj Kapoor. He raised along with his four siblings named Randhir Kapoor, Rajiv Kapoor, Ritu Nanda, and Rima Jain. Being part of the Kapoor Bollywood dynasty, his childhood days passed lavishly. Similarly, he holds Indian citizenship and belongs to the Hindu-Punjabi community. He followed Hinduism and his birth sign was Virgo.

Regarding his educational background, he studied in Campion School, Mumbai, and he later attended Mayo College, Ajmer.

When did Rishi Kapoor begin his acting career?

Who was Rishi Kapoor married to?

Reflecting on his personal life, Rishi was married to actress, Neetu Singh on 22nd January 1980. Together, The couple shared two children named Ranbir and Riddhima Kapoor Sahani. Further, the couple lived a blissful life with his family until his death in 2020.

Previously, he dated several Bollywood celebrities like Yasmin and Dimple Kapadia during his film career. However, they parted ways.

How did Rishi Kapoor die?

The Bollywood star, Rishi Kapoor left the world forever on 30th April 2020. He was diagnosed with Leukemia in 2018 in New York City. After successful treatment for over a year, he returned to India on 26th September 2019. A year later was, he was admitted to Sir H. N. Reliance Foundation Hospital in Mumbai on 29th April 2020 after he had breathing difficulty. He died the following day.

The Bollywood film industry lost two of the great entertainers in just two days. A day before Rishi Kapoor’s death, veteran actor Irrfan Khan had passed away due to complications from colon infection. Bollywood mourned the death of Irrfan Khan and Rishi Kapoor.

How much is Rishi Kapoor’s worth?

Rishi Kapoor was one of the legendary actors in the Bollywood industry. He starred in more than 100 films in Bollywood. Rishi Kapoor earned an impressive amount of money and fame through his profession as an actor. His major income came from working in the entertainment industry. Based on some online reports, his estimated net worth was estimated at $40 million which is around INR 275 Crore. It was reported that he charged between INR 70-100 Lakh per movie.

How tall was Rishi Kapoor?

Rishi Kapoor stood at a height of 5 feet 8 inches and weighed around 90 Kg. He had a large body build. Similarly, he had a pair of dark brown eyes and black hair. Further, his body measured approximately 45-38-14 inches including his chest, waist, and biceps sizes.

Our contents are created by fans, if you have any problems of Rishi Kapoor Net Worth, Salary, Relationship Status, Married Date, Age, Height, Ethnicity, Nationality, Weight, mail us at [email protected]