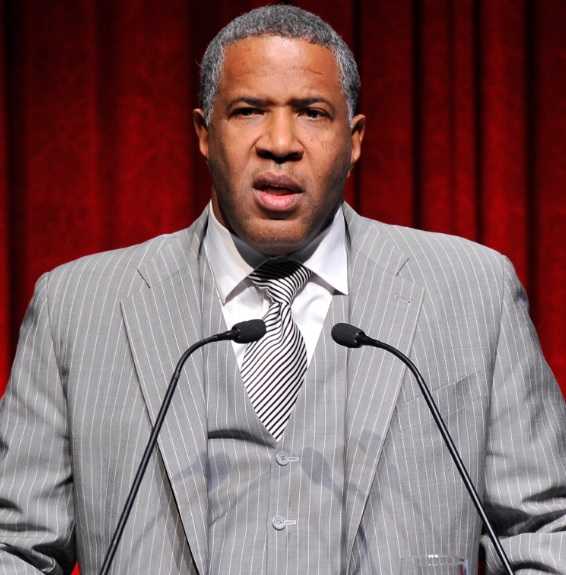 Robert Frederick Smith, popularly known as Robert F. Smith is an African-American businessman, investor, and philanthropist. He is the founder, chairman, and CEO of the private equity firm Vista Equity Partners. He is a former chemical engineer and investment banker. Forbes ranked him as the 163rd richest person in America and 480th richest person in the world in 2018. His net worth in 2018 was estimated at $4.4 billion by Forbes.

What is Robert F. Smith Famous For?

– Surpassed Oprah Winfrey to become the wealthiest African-American, according to Forbes.

– Named as Private Equity International’s 2016 Game Changer of the Year.

Where was Robert F. Smith Born?

Robert F. Smith was born on 1 December 1962. His birth name is Robert Frederick Smith. He was born to a father, Dr. William Robert Smith, and a mother, Dr. Sylvia Myma Smith. His birthplace is in Denver, Colorado in the United States. He holds an American nationality. He belongs to the African-American ethnicity.

He attended Carson Elementary School and East High School in Denver. While in high school, he got an internship at Bell Labs. He developed a reliability test for semiconductors.

He then attended Cornell University. He became a brother of Alpha Phi Alpha at Cornell. He later attended Columbia Business School, where he received his MBA with honors specializing in finance and marketing.

He worked at Air Products & Chemicals, Goodyear Tire, and Rubber Company, and Kraft General Foods as a chemical engineer.

He earned two US and two European patents.

He attended Columbia Business School, where he received his MBA with honors specializing in finance and marketing.

He joined Goldman Sachs in technology investment banking from 1994 to 2000.

He advised on over $50 billion in merger and acquisition activity with companies such as Apple, Microsoft, Texas Instruments, eBay, and Yahoo.

He was the first Goldman Sachs San Francisco office to focus on technology mergers and acquisitions.

He founded a private equity and venture capital firm, Vista Equity Partners in 2000.

He is the principal founder, chairman, and CEO of the company.

Vista has over $46 billion in cumulative capital commitments as of 2019. The company owns over 40 software companies and has 60,000 employees worldwide.

Vista is the fourth largest enterprise software company after Microsoft, Oracle, and SAP.

Vista Equity Partners was reported to have $30 billion under management in 2017.

Smith was named as Private Equity International’s 2016 Game Changer of the Year.

He is the first African American to become the board chairman of Carnegie Hall.

He is the founding director and president of the Fund II Foundation. The foundation has invested in organizations such as Cornell, UNCF, National Park Foundation, Susan G. Komen, and Global Wildlife Conservation, among others.

He is the chairman of Robert F. Kennedy Human Rights.

He serves on the board of overseers of Columbia Business School.

He is a member of the Cornell Engineering College Council.

He is a Trustee of the Boys & Girls Clubs of San Francisco.

He was the largest individual donor at the City of Hope Gala in 2018.

He donated $2.5 million to the Prostate Cancer Foundation.

He donated $1 million to the Cultural Performance Center at the Denny Farrell Riverbank State Park in Harlem in 2018. The Center was later named the Robert Frederick Smith Center for Performing Arts.

He joined The Giving Pledge’s ranks as its first African-American signatory.

He is a member of the board of the Louis Armstrong House Museum.

Cornell University named the Robert Frederick Smith School of Chemical and Biomolecular Engineering after him in 2016.

He announced in May 2019 that he would pay off the entire student loan debt of the 2019 Morehouse College graduating class of 296 students. He had previously donated $1.5 million to the school in January 2019 to be used for scholarships and a park.

Who is Robert F. Smith Married to?

Robert F. Smith is a married man. He is married to a former Playboy playmate, healthy living advocate, and fashion editor, Hope Dworaczyk. They got married on 25 July 2015. He has 2 children with Dworaczyk. He was previously married to fellow Cornell alum Suzanne McFayden Smith. They share 3 children together. They separated in 2010 after 22 years of their marriage and their divorce was finalized in 2014. He has 5 children altogether.

What is Robert F. Smith Net Worth?

Our contents are created by fans, if you have any problems of Robert F. Smith Net Worth, Salary, Relationship Status, Married Date, Age, Height, Ethnicity, Nationality, Weight, mail us at [email protected]