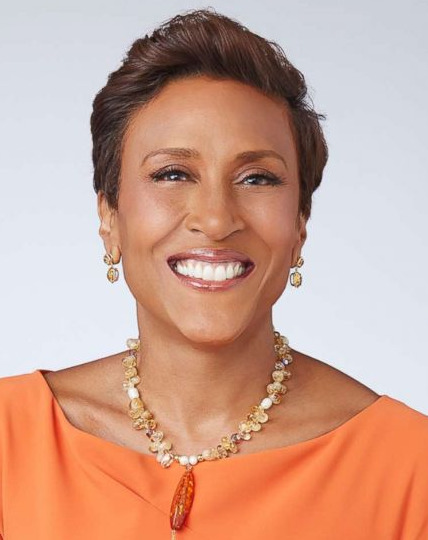 An American television broadcaster who is the present anchor of ABC’s Good Morning America is known for Robin Roberts. Starting off her career, she was a sports anchor for local TV and radio stations. She became co-anchor on Good Morning America in 2005. Previously in 1990, she began her career as a sportscaster on ESPN and remained there till 2005 for fifteen years. She made her first theatrical film appearance as Former Bella in the comedy, music film “Pitch Perfect 2” in the year 2015. As a voice actress, she made her first theatrical film appearance as Robin Roberts in the animated action-adventure film “The Lego Ninjago Movie” in 2017. She made her first TV show appearance as ‘Herself’ in an episode of the news, sports, talk-show series “NFL Primetime” in 1987. She has more than 770k followers on her Facebook account and more than 600k followers on Instagram. She is also active on Twitter @RobinRoberts where she has garnered more than 1.16 million followers.

An ABC News exec who was accused of making racially insensitive remarks – while overseeing diversity programs for the network – and has gotten the boot. Barbara Fedida, a senior vice president, had been on leave since last month, when it was alleged that during contract negotiations with black “Good Morning America’” host Robin Roberts, Fedida told colleagues it wasn’t like ABC was asking her to “pick cotton.” The Huffington Post report also alleged that Fedida called black “The View’” co-host Sunny Hostin “low-rent,”’ while suggesting black former ABC correspondent Kendis Gibson was worth less than toilet paper. The network said in an internal memo Monday that an independent investigation showed Fedida had made “unacceptable racially insensitive comment” on the job.

What is the birthplace of Robin Roberts?

Robin Roberts was born on 23rd November 1960 with the real name of Robin Rene Roberts in Tuskegee, Alabama, the USA. Whereas she grew up in Pass Christian, Mississippi, where she played basketball and tennis, among other sports. Her nationality is American and her ethnicity is African-American. Her race is Black. Her religion is Presbyterian and her horoscope sign is Sagittarius. She was born to her parents; Lucimarian (nee Tolliver) (Chairperson of the Mississippi Board of Education) and Colonel Lawrence E. Roberts (Pilot for the Tuskegee Airmen in the United States Air Force). In a 2006 presentation to the assembled student body at Abilene Christian University, she credited her parents as cultivating the “three ‘D’s: Discipline, Determination, and ‘De Lord’.” She is the youngest of four, following siblings Sally-Ann Roberts (Older Sister) (Former TV Anchor, Author), Lawrence Jr. “Butch” Roberts (Older Brother), Dorothy Roberts (Older Sister) (Sociologist, TV Personality). As of her education, she attended Pass Christian High School and graduated as the class of 1979 salutatorian. After that, she attended Southeastern Louisiana University in Hammond, Louisiana, graduating cum laude in 1983 with a degree in communication. She then followed in the footsteps of her older sister Sally-Ann Roberts, an anchor at the CBS affiliate WWL-TV in New Orleans. Additionally, she went on to become a standout performer on the women’s basketball team, ending her career as the school’s third all-time leading scorer (1,446 points) and rebounder (1,034). She is one of only three Lady Lions to score 1,000 career points and grab 1,000 career rebounds. During her senior season, she averaged a career-high 27.6 points per game. On February 5, 2011, Southeastern hosted a ceremony to retire Roberts’s jersey, number 21. As of 2019, she celebrated her 59th birthday.

How Robin Roberts began her career as a TV broadcaster?

As an author, her books includes;

Awards and Achievements of Robin Roberts

With her career as a television broadcaster, Robin Roberts has garnered many awards till now. In the year 2001, Roberts received the Mel Greenberg Media Award, presented by the WBCA. She was even inducted into the Women’s Basketball Hall of Fame as part of Hall’s class of 2012 for her contributions to and impact on the game of women’s basketball through her broadcasting work and play. In the year 2014, she was named one of ESPNW’s Impact 25. In 2014, Roberts won the Walter Cronkite Award for Excellence in Journalism. Again, she was inducted into the Sports Broadcasting Hall of Fame as part of the class of 2016. In 2015, she was named an honorary Harlem Globetrotter, the tenth person to be given this award. She is the 2018 Radio Television Digital News Foundation’s Lifetime Achievement Award recipient. She also received a 2012 Peabody Award. The Peabody citation credits her for “allowing her network to document and build a public service campaign around her battle with a rare disease” and “inspir[ing] hundreds of potential bone marrow donors to register and heighten[ing] awareness of the need for even more donors”. ESPN awarded its Arthur Ashe Courage Award to Roberts at the 2013 ESPYs, and the National Basketball Association awarded her the Sager Strong Award at its award ceremony on 20th June 2019.

Moving towards the marital status of Robin Roberts, she is an unmarried woman. But she is currently in a same-sex relationship with Amber Laign who is a massage therapist. In July 2005, Robin began dating Amber, who worked closely with fashion at the time. Even though her close family, friends, and co-workers knew of it, she didn’t publicly announce her sexual orientation until late December 2013. On 26th July 2019, the two celebrated their 14th anniversary at the Napa Valley, San Francisco Bay Area, California, the United States with their close friends. Her sexual orientation is lesbian. As of now, the duo is living a happy life without any disturbance. The duo does not have any child at present. In 2015, she was named by Equality Forum as one of their 31 Icons of the 2015 LGBT History Month.

In the year 2007, she was diagnosed with an early form of breast cancer. She underwent surgery on August 3, and by January 2008 had completed eight chemotherapy treatments, followed by 6 and half weeks of radiation treatment. In 2012, she was diagnosed with myelodysplastic syndrome (MDS), a disease of the bone marrow. She took a leave from GMA to get a bone marrow transplant and went home in October 2012.

What is the Net Worth of Robin Roberts as of 2020?

Robin Roberts is one of the most popular television broadcasters. The net worth of Robin Roberts is estimated to have $35 Million as of 2020. Her source of income is from her professional career which is a TV broadcasting career. Till 2014 she made $14,000,000 a year from Good Morning America. In 2013 she signed a contract with GMA, which paid her $14 million until the year 2015. She has been receiving an annual estimated salary of $18 million since 2016. She is living a luxurious lifestyle at present and she is satisfied with her earnings. Her hometown of Pass Christian was especially hard hit by Hurricane Katrina, with her old high school reduced to rubble.

How tall is Robin Roberts?

Robin Roberts is a very beautiful lady with a charming personality. has an average height of 5 feet and 10 inches and weighs about 68 Kg. Her body build is slim. She is blessed with short and light brown hair and needs a shoe size of 8. Her well-built maintained body structure has made her appear much younger and exuberant than her actual age. Her body measurement is said to be 34-27-34 inches and her bra size is 34B. Talking about her health, she was previously diagnosed with bone marrow related myelodysplastic syndrome (MDS) in 2012. Previously, she struggled with breast cancer in 2007 for which she underwent surgery on August 3.

Our contents are created by fans, if you have any problems of Robin Roberts Net Worth, Salary, Relationship Status, Married Date, Age, Height, Ethnicity, Nationality, Weight, mail us at [email protected]