Rodrygo Silva de Goes, professionally known as Rodrygo is a Brazilian footballer. He plays as a forward. 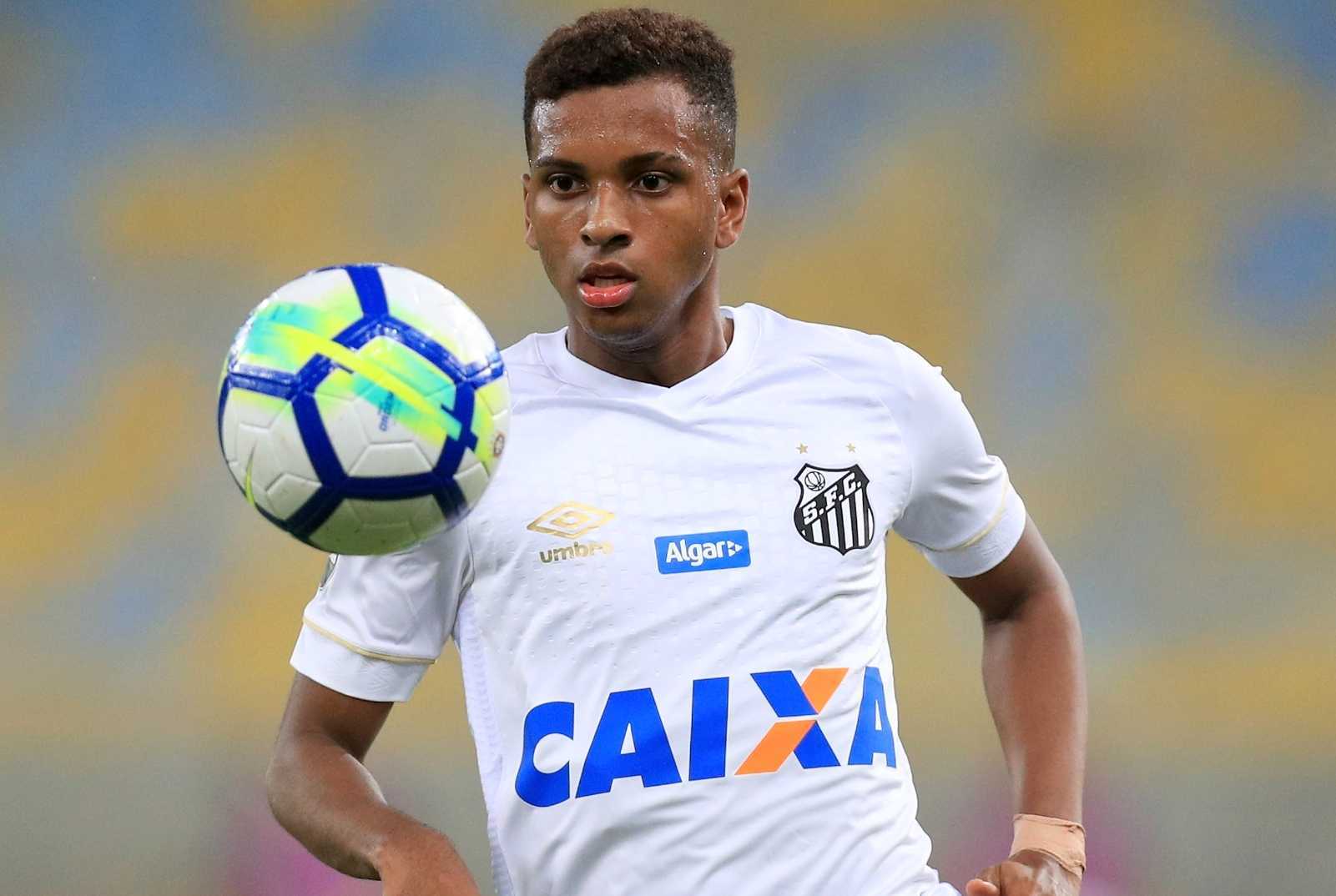 Rodrygo Silva de Goes, professionally known as Rodrygo is a Brazilian footballer. He plays as a forward. He started his youth career at Brazilian club Santos. He signed with Real Madrid in June 2018 agreeing to join the club in June 2019. He has represented the Brazilian youth national team and has yet to represent the senior international team.

What is Rodrygo Famous For?

Where was Rodrygo Born?

Rodrygo was born on 9 January 2001. His birth name is Rodrygo Silva de Goes. His birthplace is in Osasco in Brazil. He holds Brazilian nationality. He was born to a father, Eric Batista de Goes, and a mother, Denise Goes.

He joined the youth system of Santos in 2011. He was 10 years old at the time. He was initially assigned to the club’s futsal team.

He signed his first professional contract in July 2017. He signed a five-year deal with the club.

He was promoted to the club’s main squad in November 2017.

He made his Serie A debut on 4 November 2017 against Atletico Mineiro. He came on in as a late substitute for Bruno Henrique.

He scored his first professional goal against Ponte Preta on 25 January 2018.

He made his Copa Libertadores debut against Real Garcilaso in March 2018. He became the youngest Santos player to appear in the competition. He was 17 years and 50 days old at the time.

He became the youngest Brazilian to score in Copa Libertadores when he scored against Nacional in March 2018. He was 17 years, 2 months, and 6 days old at the time.

He scored a hat-trick against Vitoria in June 2018.

Spanish club Real Madrid and Santos reached an agreement in June 2018 where Rodrygo will join Los Blancos in June 2019 until 2025.

He joined the club for a reported fee of 45 million euros. Santos received 40 million euros as they owned 80% of his rights.

Rodrygo was presented at Santiago Bernabeu in July 2019.

Rodryo represented the Brazil U17 team at the 2017 Montaigu Tournament.

He was called up to the Brazil U20 team in March 2018. But, he was cut from the squad alongside Yuri Alberto upon the request of the club’s president.

Who is Rodrygo Dating?

Rodrygo is unmarried. He is reportedly single. He is young and focused on his football career. He is young to be in a committed relationship. Any updates about his personal life will be updated soon.

What are Rodrygo Body Measurements?

Rodrygo stands at a height of 1.73 m i.e. 5 feet and inches tall. He has an athletic body build.

What is Rodrygo Net Worth?

Rodrygo earns from his professional football career. He is a young and aspiring footballer. He has joined one of the biggest clubs in the world, Real Madrid. He will earn an impressive fortune in the coming years.

Our contents are created by fans, if you have any problems of Rodrygo Net Worth, Salary, Relationship Status, Married Date, Age, Height, Ethnicity, Nationality, Weight, mail us at [email protected]